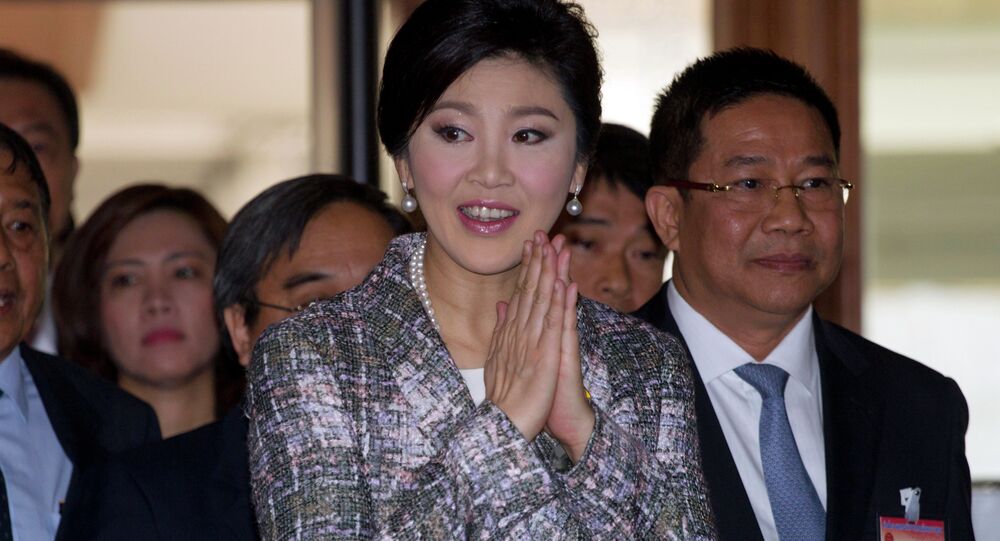 According to national television, Thailand's Supreme Court decided to pursue the charges against the country's former Prime Minister Yingluck Shinawatra over a failed rice subsidy scheme.

Shinawatra was charged in February with negligence over a controversial scheme in which Thai farmers were paid above market prices for their rice crops.

If the former prime minister is found guilty, she may face up to ten years in prison.

The government also had plans to launch a civil suit demanding some 600 billion baht ($18.3 billion) in compensation.

The Thai Supreme Court is expected to appoint a panel of nine judges to look into the case.

The Shinawatra government was felled after months of mass anti-government protests in the country that eventually led to a coup in May 2014.

The critics of the former prime minster say her policies were strongly influenced by her older brother, Thaksin, who was ousted in a military coup in 2006 and fled the country to avoid corruption charges.