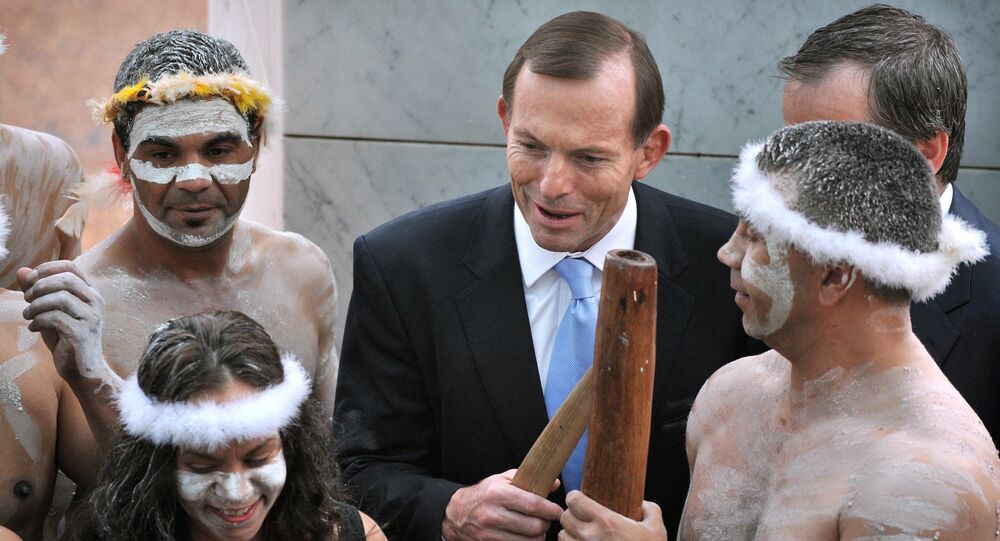 Abbott's comments came Tuesday as he voiced support for a plan to shut down over 100 Aboriginal communities and relocate some 1,000 Aboriginal Australians closer to more populated areas with more accessible public services.

"I think it is a very disappointing and hopeless statement by the Prime Minister," Noel Pearson, an Aboriginal Australian lawyer and land rights activist, told the broadcaster.

According to Pearson, the Australian government's proposal is part of a policy "thought bubble" that has not been expressed in writing and does not contain a sustainable plan for the community's future.

© REUTERS / Jason Reed
Australian Human Rights Commission Deplores Aboriginal Conviction Rate
"There was time in our history when they kicked us out of town and now they want to bring us back in just by a flick of the policy switch," Pearson said.

Although Aboriginal Australians retain unique status in the country, they remain unacknowledged by the Australian constitution and Canberra does not recognize the legal force of the UN Declaration on the rights of indigenous peoples.

Moreover, Davis said, Canberra's approach is that Aboriginal Australians "should live the same life as other Australians… [which] has no regard for cultural choices."

Known for numerous off-the-cuff remarks that landed him in hot water previously, Abbott has nonetheless survived a confidence vote early February, retaining his seat despite accusations of being unwilling to listen to other opinions in decision-making.