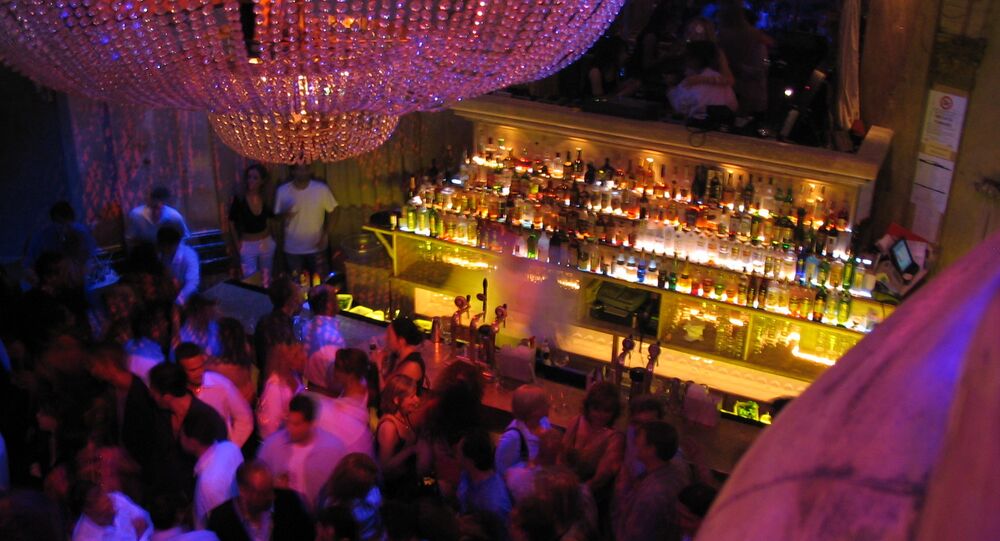 A new law in the Indian state of Karnataka could have strange ramifications for tourists traveling to the republic. If any foreigner so much as sets foot in any kind of dance hall, club, or celebratory event, said event must be filmed by the authorities, because as India knows, the rest of the world can party pretty hard.

The 2013 remake of the Great Gatsby may give a decidedly false impression of just how thoroughly Americans can throw down. Most parties do not feature falling mountains of annoying, silver confetti. Revelers rarely – if ever – wear feathers. And an unfortunately low number of get-togethers are DJ’d by Jay-Z.

But Karnataka is prepared. Its new rule aims to ensure that if foreigners start any of those extravagant, debauched shenanigans, the government will have eyes on the scene.

“[It’s] completely crazy,” one anonymous tourist told the Bangalore Mirror. “Whatever are they going to do next? I simply don’t understand.”

The rule includes several provisions, all targeting foreign visitors, but which also place burdens on party planners. Event organizers must provide authorities with a headcount of all foreign guests. These guests are also forbidden from staying the night in the venue. In addition, any party or music events must end by 10 pm.

And, the icing on the cake, officials from both the tourism and police departments must be permitted to record the event.

The government deemed the law necessary after an incident at an event called Spring Zouk 2012. Organized in part by the state government to promote beach tourism, the festival proved embarrassing when several foreign couples were spotted “gyrating.”

“We do not want a repeat of the incident,” an official from the tourism department told the Mirror. “These rules are meant to end display of sleaze in the state.”

One can easily imagine the shock of that same official were he to watch almost anything on MTV.

Aside from giving your grandmother a legal precedent to prevent you from taking that Spring Break, Fort Lauderdale trip, many have pointed out that if the law must exist, it should apply to everyone.

“It’s a bit silly to police foreigners this way,” founder of ExpatLife India, Ema Trinidad, told the Mirror. “If it’s being done for security purposes, then it should apply to everyone uniformly.”

“Is this to say that we are not responsible while partying? We’re adults and we know what we’re doing. What makes them think that Indians don’t behave inappropriately at parties?”

Again, we can probably attribute most of that blame to the Gatsby remake. F. Scott Fitzgerald wasn’t the only one that gaudy mess offended.