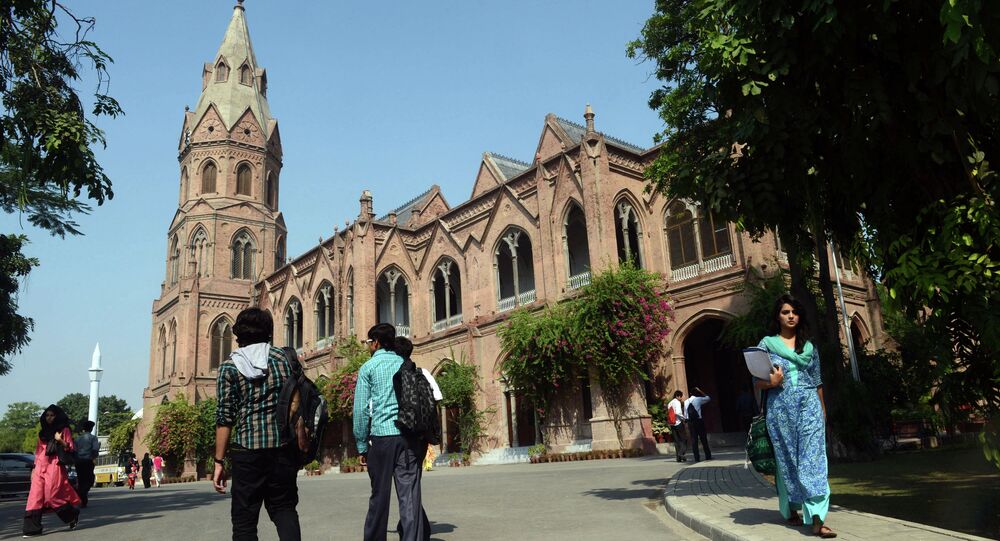 The Islamic State has threatened to detonate a bomb at a university in the eastern Pakistani city of Lahore.

© East News / Xinhua / eyevine
Pakistan Arrests IS Leader, Breaks Islamist Recruitment Ring
The Islamic State has threatened to bomb the campus of a university in the eastern Pakistani city of Lahore, prompting the facility to be put on high alert, sources said.

According to police spokeswoman Nabile Ghazanfar, the University of Engineering and Technology received the written threat in the mail from Islamic State militants.

"We are taking the threat very seriously due to the prevailing security situation. The security around the university has been increased," Ghazanfar said.

She added that police officers were investigating the possibility of the letter being a hoax. She declined to disclose the exact content of the letter.

Speaking on condition of anonymity, another police official said that the group had allegedly threatened to attack the university with several explosions.

It was not immediately clear why the Islamic State decided to target the university.

The past few months have seen Islamic State pamphlets and wall-chalking in several cities across Pakistan.