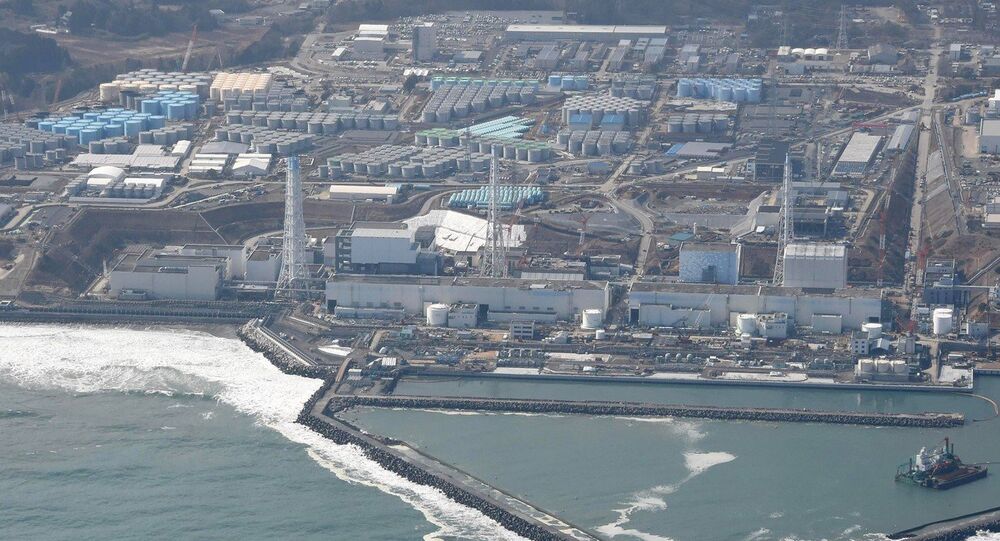 Sensors at the Fukushima nuclear plant have detected a fresh leak of highly radioactive water to the sea.

Tokyo Electric Power Co (TEPCO) said the sensors, which were fixed to a gutter that pours rain and ground water at the Fukushima Daiichi plant to a nearby bay, measured contamination levels up to 70 times greater than the already-high radioactive status seen at the plant site.

© AP Photo / Shizuo Kambayashi
Inspectors Find 4,000 Errors at Japanese Nuclear Plant Near Fukushima
TEPCO said its emergency inspections of tanks storing nuclear waste water did not find any additional abnormalities, but the firm said it shut the gutter to prevent radioactive water from seeping into the Pacific Ocean.

The higher-than-normal levels of contamination were detected at around 10 am (0100 GMT), with sensors showing radiation levels 50 to 70 times greater than usual, TEPCO said.

The latest incident reveals the difficulty in controlling and decommissioning the Fukushima nuclear plant, which went through meltdowns and explosions after being heavily damaged by a giant tsunami in March 2011, resulting in the world's worst nuclear disaster in a generation.