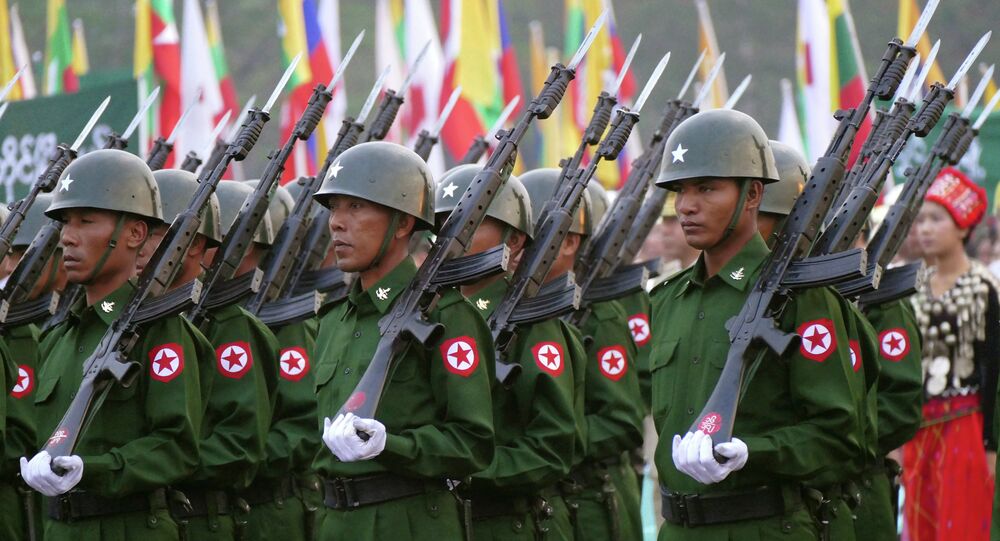 The Myanmar army continued attacks to thrust out the rebels from areas around the northeastern border with China after 11 days of fighting that displaced tens of thousands of people.

The conflict started on February 9 after ethnic Kokang rebels killed 50 soldiers during attacks on the town of Laukkai. More than 30,000 people escaped into China, asking Beijing to barter a truce and end the fightings.

A similar number of people were displaced in Myanmar's northern Shan State, but true numbers have not yet been gathered as the local Red Cross contigent came under fire and had to leave the area.

After presumably being caught flat-footed by the pace and ferocity of the initial rebel assault, the army was forced to strike back against the rebels with air strikes and ground forces.

"Army columns were in hot pursuit of Kokang insurgents into retreat," around the Laukkai area, state mouthpiece of the Global New Light of Myanmar reported Friday.

According to the report, the Myanmar soldiers found bodies of two rebels after fighting early Thursday to secure roads leading to Laukkai, which was a ghost city according to the latest reports.

Despite dozens of losses, the Kokang, mainly ethnic Chinese, are continuing attacks on army.

Other nearby rebel groups such as the Ta'ang National Liberation Army and the powerful Kachin Independence Army have also joined the Kokang.

Civilians have continued to flee to the Shan town of Lashio, 140 kilometres from the flashpoint town.

"We left yesterday (Thursday) morning because we were scared," a tired, sunburnt  50-year-old woman taking shelter at a Lashio monastery told AFP on Friday.

"The fighting was continuous… we could see the firing. One day it started around 15.00 pm and went on until the next morning," she added.

The Tuesday's attack on a local Red Cross convoy have interfered the evacuation of remote communities. The six-vehicle convoy carrying civilians and journalists was attacked by unknown assailants. Two aid workers were wounded.

On Friday the United States Embassy in Yangon claimed the attack was "unacceptable".

Myanmar called on Beijing to arrest any local officials who help the rebels on its side of the border. Kokang rebel leader Phone Kya Shin is blamed for the violence clashes after six years of peace.

Reform-minded President Thein Sein has vowed "not to lose an inch of Myanmar's territory" to the rebels.