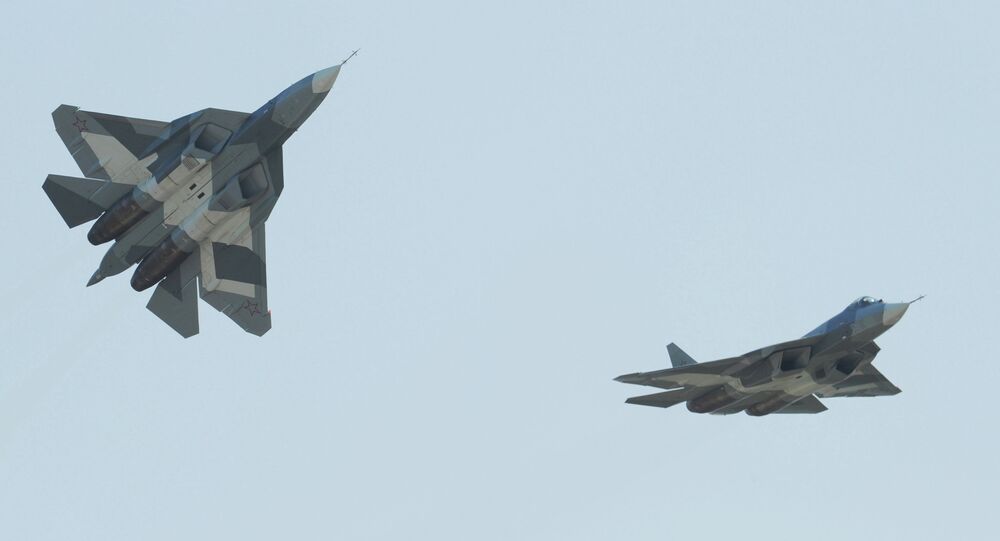 According to Indian ambassador in Moscow, defense companies involved in a joint project with Russia to build a Fifth-Generation Fighter Aircraft (FGFA) are satisfied with their access to Russian technologies.

"We have had excellent results in our bilateral cooperation and are fully satisfied with the access to technologies that our defense enterprises get. We proceed with the same level of cooperation in the development of the FGFA," Ambassador Pundi Srinivasan Raghavan told RIA Novosti.

This remark came after IHS Jane's Defence Weekly magazine claimed last September that India had expressed concerns to Russia over the progress on the FGFA program. According to the defense news weekly, New Delhi was annoyed about Russia's reluctance to share design data on its T-50 PAK-FA jet, which is the base model for the FGFA aircraft.

Raghavan refuted these reports, saying they "may have been supplied by competitors," and accused the media of biased reporting.

The ambassador lauded the progress in military technical cooperation between Russia and India, who are working on a raft of bilateral projects.

MTA stands for the Multirole Transport Aircraft, which is a twin-engine light transport plane with a maximum take-off weight of 65 tons. It is designed to replace the BAe 748 and Antonov An-26 craft, currently in Indian service.

Raghavan told RIA Novosti the countries have agreed to fast-track the project, with a timetable to be laid out by the year-end.

"Both sides have decided to speed up the work of the project. Apparently, this multi project differs from other projects and that is why it takes more time to discuss all the details. But I hope that by the end of 2015, we will be able to agree on a very clear and detailed timetable," he said.

Russian aircraft-makers and Indian officials are expected to meet in Bangalore during the 10th edition of Aero India 2015 defense and civil aviation expo, to be held on February 18-22.