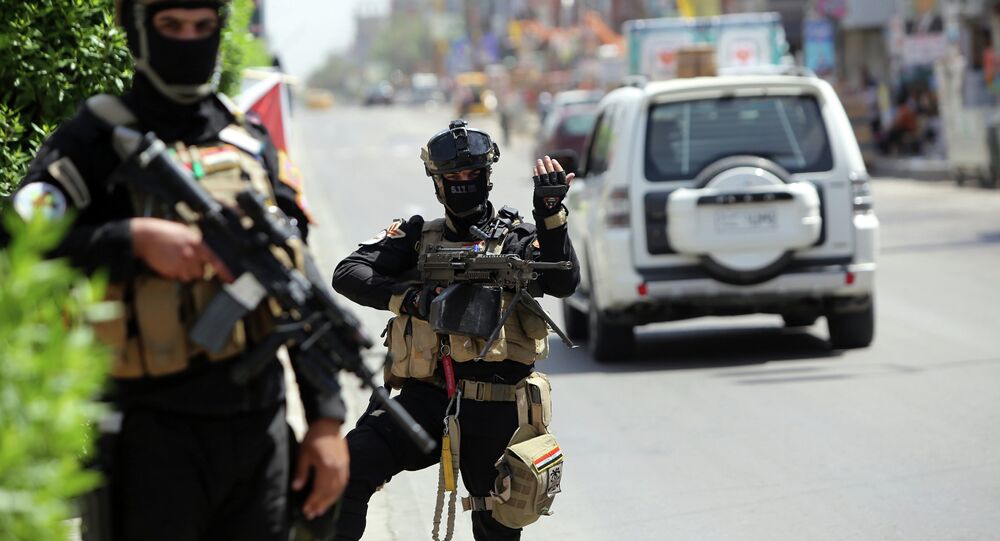 Commentary in the Chinese press casts aspersions on the US government's anti-terror credentials ahead of an anti-terror summit hosted by the White House this week.

© AP Photo
While Syria and Chad Both Fight Terrorists, US Plays Favorites
The Chinese state news agency Xinhua has published a commentary which casts doubts on the ability of the US to "find and eliminate the root causes of terrorism and extremism," owing to its "secret identity as a terrorist breeder."

This week the White House is hosting a 'Summit on Countering Violent Extremism,' which aims to "highlight domestic and international efforts to prevent violent extremists and their supporters from radicalizing, recruiting, or inspiring individuals or groups in the United States and abroad to commit acts of violence," according to the US Department of State.

The US government says it has invited ministers and senior officials from the United Nations and other multilateral organizations, as well as representatives from civil society and the private sector to "review global progress since the call to action President Obama issued at the 2014 UN General Assembly (UNGA) in New York for all countries to do more to address violent extremism within their borders and region."

"The Summit will also serve as a platform where governments, nongovernmental actors, civil society, and the private sector can announce the concrete steps they intend to take, leading up to the 2015 UNGA and beyond, to stem the spread of violent extremism," said the Department of State in its announcement last week.

© AP Photo / Xinhua, Gao Xueyu, File
Decline of the West: China, India to Replace US, EU on World Arena by 2050
The Chinese state news agency, however, advises that the US government should address the part it has played in the rise of violent extremism: "It is high time that Washington take the opportunity of Thursday's conference to discuss with global partners and review past counter-terrorism strategies and policies, so as to reflect upon past mistakes and improve the ability to address such threats."

In a commentary entitled "Uncle Sam: Anti-Terror Leader or Terrorist Breeder?" Xinhua raises the issue of the US's own role in fanning the flames of extremism in the Middle East with its foreign policy: "Washington paid little attention to exploring the root causes of terrorism, which should be deemed intriguing, as the latest villain on its black list, the Islamic State (IS) extremist group, originated not in Iran or the DPRK, both 'enemies' of Washington, but in Iraq, a state 'freed' and 'democratized' by the U.S. itself."

"To admit it or not, Uncle Sam has effectively played the role of a terrorist breeder, when the war in Afghanistan, Iraq, Libya and Syria turned the region into a burning battleground with no peace, security and stability in sight."

The long-awaited conference had originally been scheduled for October, but was postponed without explanation until a White House announcement on January 11, shortly after the Charlie Hebdo terror attacks, set the date for February 18. The White House press secretary said in the press statement that efforts to counter violent extremism "rely heavily on well-informed and resilient local communities," and that "the summit will highlight best practices and emerging efforts from these communities."