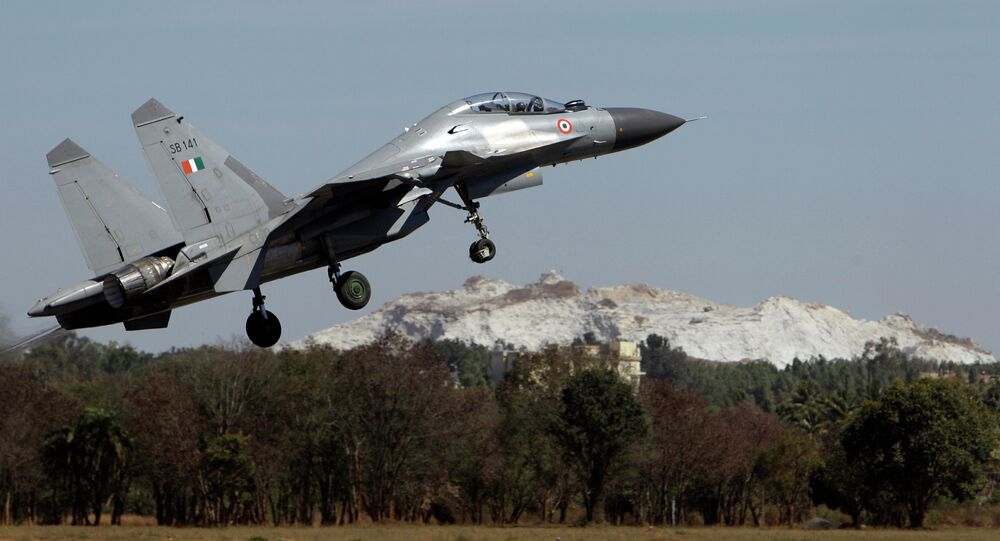 Russia and India will discuss the modernization of Russian-designed Sukhoi Su-30MKI fighters.

The talks are to take place at the upcoming Aero India 2015 defense and civil aviation expo, to be held February 18-22 in Bangalore.

"Research institutions and industrial facilities in India will participate in the program to modernize the Su-30MKI, which will significantly increase the combat capabilities of the aircraft," an Irkut spokesperson told reporters.

Russia's Sukhoi Su-30MKI super-maneuverable fighter jet is a variant of the Su-30MK developed for the Indian Air Force. The first test of the Russian-Indian supersonic BrahMos cruise missile is due to take place in March 2015.

The spokesperson added that designers are currently working on integrating BrahMos cruise missiles into the Su-30MKI, which will "improve the combat capabilities of this unique complex."

According to the spokesperson, a major success for India's Hindustan Aeronautics Limited (HAL) manufacturer was to succeed, with the help of Irkut's specialists, in the overhaul of the Su-30MKI fighters. Currently, HAL is the only corporation in the world that carries out such complex manufacturing operations.

India's Air Force has a fleet of over 200 Su-30 MKIs, built HAL under Irkut's license. The first Su-30MKI overhauled in Russia was transferred to India in January.