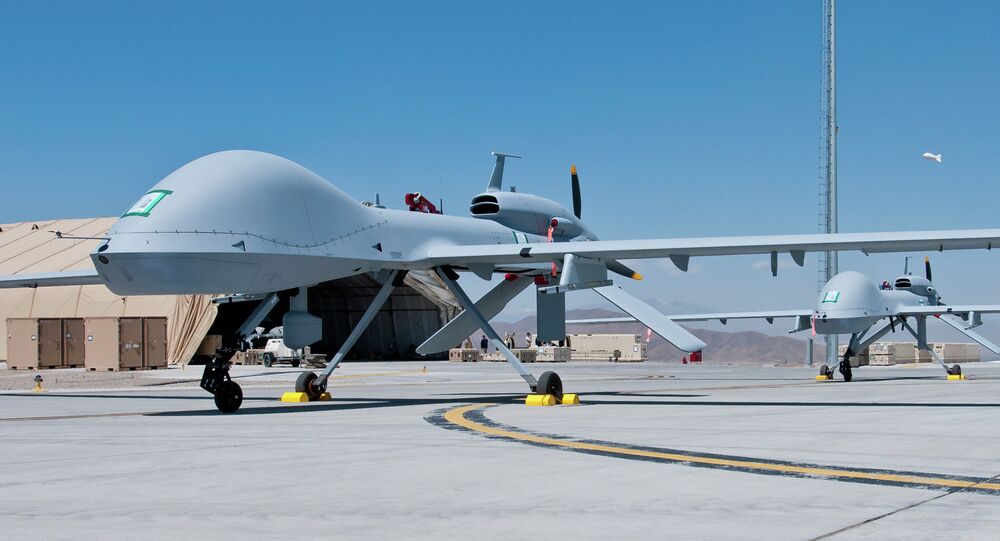 Mullah Abdul Rawouf Khadim, a former Guantanamo prisoner and Taliban commander, recently left the movement and founded his own group supporting the IS, according to the news agency.

The commander was hit in a drone strike while traveling in a car through Helmand province accompanied by several of his followers, Khaama Press reported, citing a local security officer. The commander managed to escape despite being wounded, while four other militants were killed.

According to other media reports, Mullah Khadim could have been killed as well.

The IS, a radical Sunni group, has been fighting the Syrian government since 2012. The extremists later expanded its operations to Iraq, seizing vast areas in both countries and declaring an Islamic caliphate over the territories under its control. In January, the IS declared its intention to expand into Khorasan, a historic region located on the territory of Afghanistan and Pakistan.

Mullah Khadim, who has recently pledged his allegiance to the IS, has actively been recruiting potential militants in Helmand province, according to media reports.

The United States started carrying out airstrikes against IS targets in Iraq in August. Following the establishment of an international coalition involving 62 states, the airstrikes were expanded to Syria.