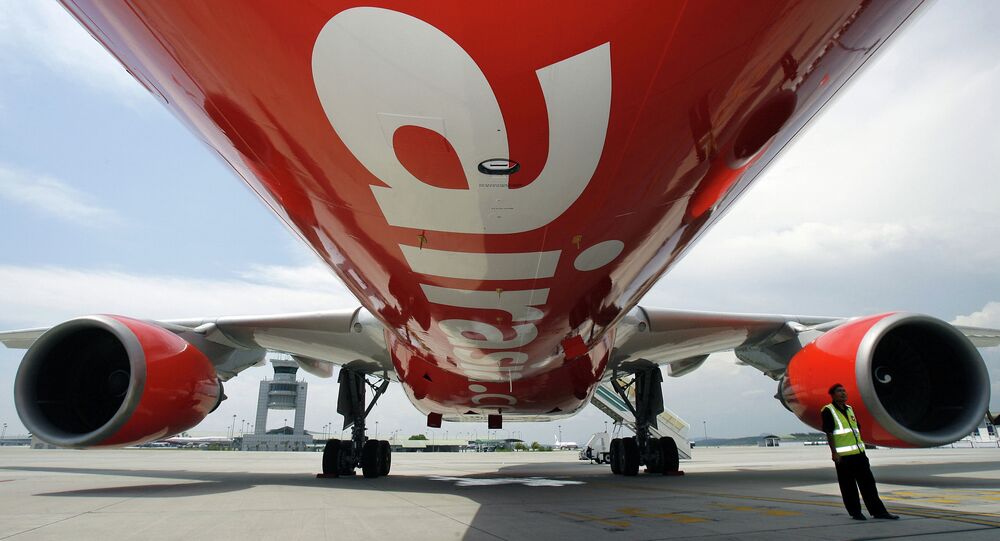 More Problems for AirAsia as Malfunction Causes Flight to Turn Back

About 45 minutes after the plane’s departure from Kuala Lumpur, its auto-thrust system malfunctioned.

An Airbus A330 owned by AirAsia had to abort its flight to Saudi Arabia and return to Kuala Lumpur after encountering a technical problem, according to media reports.

Kamarudin Meranun, the company’s CEO, said that about 45 minutes after the plane’s departure its auto-thrust system malfunctioned. The pilots successfully switched to manual thrust but decided against continuing their flight to Jeddah, Saudi Arabia, that would’ve taken about 10 hours, the CEO added.

On December 28, 2014 an AirAsia flight en route from the Indonesian city of Surabya to Singapore crashed into the Java Sea. All of the 162 passengers on board were killed.