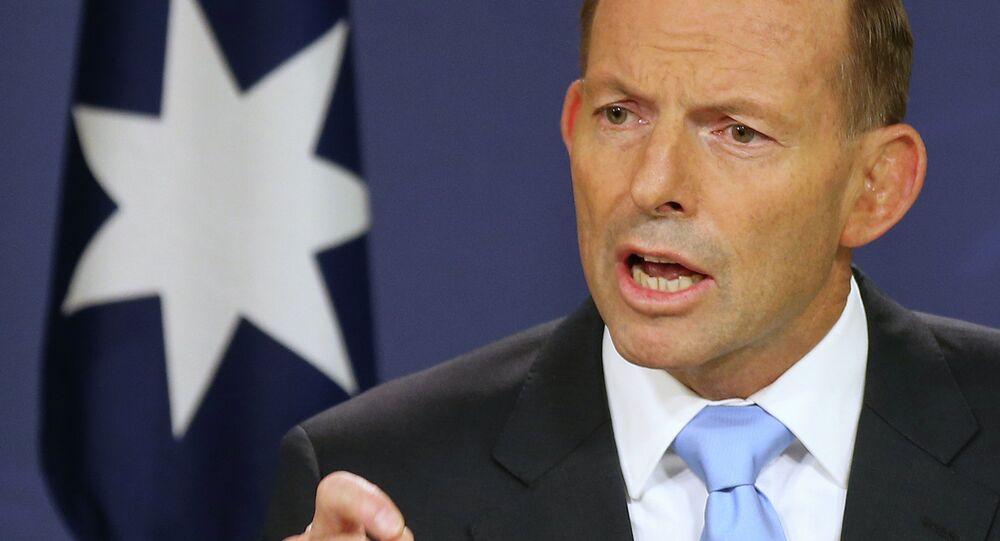 Australian Prime Minister Tony Abbott said Sunday a special meeting of the Liberal Party to vote on his leadership will be held on February 9, one day earlier than planned.

"The best thing we can do is deal with the spill motion [vote on removal from office] as quickly as possible,' Sky News Austalia quoted Abbott as saying.

The Australian prime minister added that "instability and uncertainty" is the last thing his country needs.

The Australian prime minister’s rating has fallen sharply since the end of 2014 over his policy, ranging from economic issues to the controversial decision to grant Australian knighthood to Queen Elizabeth's husband, Prince Philip, as well as his personal gaffes.

Abbott’s party members have long accused him of being unwilling to listen to other opinions while making decisions, but until now the accusations have been anonymous.

Australian Politician Joins Syrian Kurds in Fighting Against IS