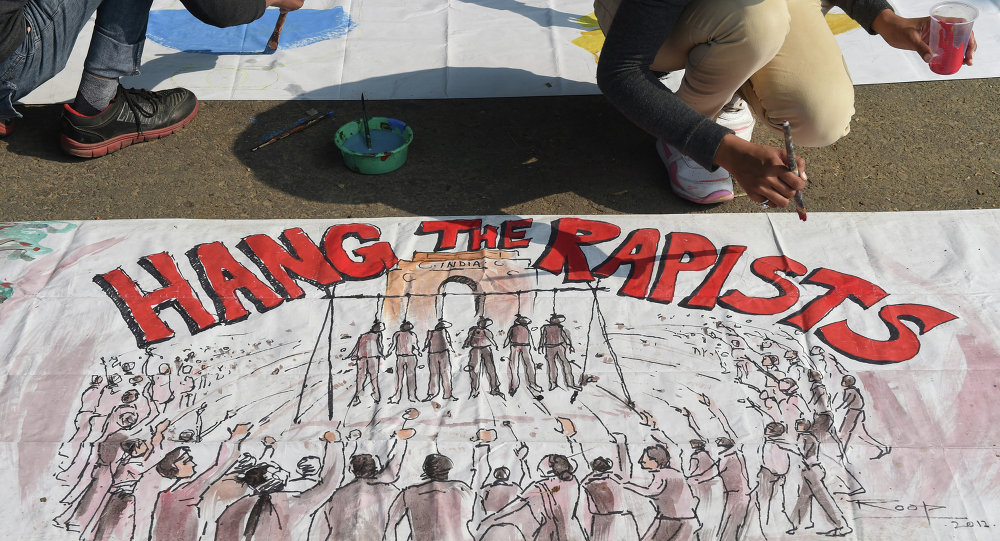 Police are tracking down a man who is suspected of raping and killing an eight-year-old girl in southern India.

© AP Photo / Tsering Topgyal
Ban Ki-moon Urges Action Against Rape and Sexual Abuse of Women in India
A manhunt is under way in the city of Bangalore, the capital of the state of Karnataka in southern India, where an eight-year-old girl has been raped and murdered by an unknown assailant, the news agency AFP reports.

According to Superintendent B. Ramesh, police are searching for a man in his early 20s, who was captured on CCTV and is thought to have bitten the child's genitalia before smothering her to death.

"Bite marks and injuries on her private parts suggest the victim was molested and raped before she was smothered to death by an unidentified youth aged between 22 and 25 years.  We have formed eight search teams to trace the culprit," Ramesh said.

"We are analyzing CCTV footage to identify the suspect. The footage is blurred as the area around the shed… was in shadows," he added.

The footage showed a man taking the child into a deserted car shed located on the outskirts of Bangalore and walking out alone shortly after.

The mutilated body of the girl was discovered last Thursday after her parents said that she had gone missing.

Seven Sentenced to Death Over Gang Rape Charges in Afghanistan