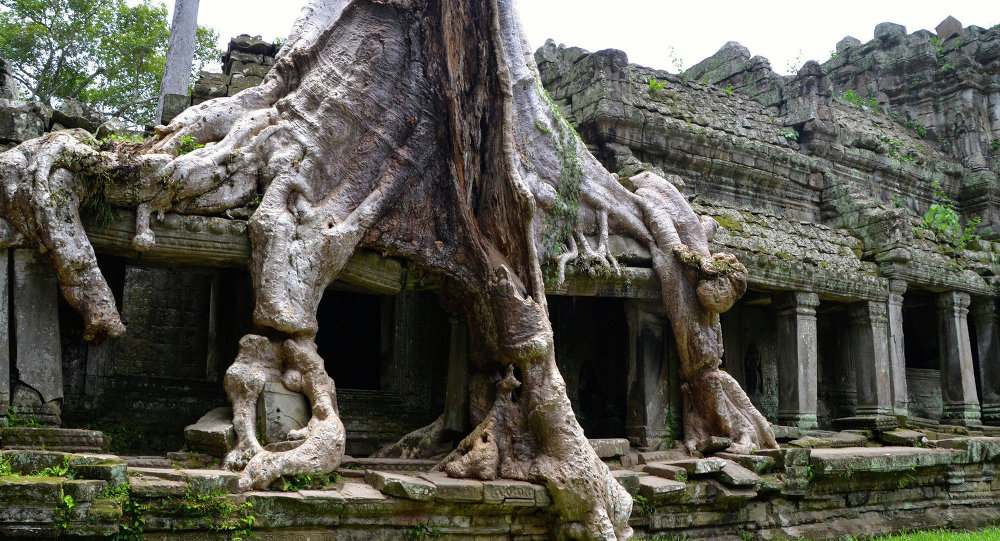 Cambodian police have arrested two sisters from the United States, who took naked photos of each other inside Cambodia's world-famous temple complex.

© Flickr / Dennis Jarvis
UN Envoy to Visit Cambodia to Assess Human Rights Situation: UN Office
Two US sisters have been detained in Cambodia after they decided to take naked photos of each other in Cambodia's world-renowned Angkor temple complex, the news agency AFP reported.

The Apsara Authority, a government agency responsible for managing the Angkor complex, released a statement that 22-year-old Lindsey Adams and her 20-year-old sister Leslie were tracked taking "nude pictures" inside the Preah Khan temple at the Angkor Archaeological Park on Friday.

"The two tourists admitted that they really made a mistake by taking nude photos," the statement said.

"Perhaps they did not know Angkor is a holy site. But their inappropriate activities affect the sanctity of the place," Chau Sun Kerya said.

Meanwhile, Keat Bunthan, a senior heritage police official in northwestern Siem Reap province, has said that charges are yet to be brought against  the two women, who he said "lowered their pants to their knees and took pictures of their buttocks," at  the temple.

Last week, three male French tourists were deported from Cambodia after they pleaded guilty to taking nude pictures of each other inside another temple within the Angkor complex.

The three men got a six-month suspended sentence for public exposure and making pornography. Additionally, they were banned from re-entering Cambodia for four years.

A world heritage site and Cambodia's most popular tourist destination, the Angkor Archaeological Park includes the remains of the different capitals of the Khmer Empire, which date back to the 9th century A.D.