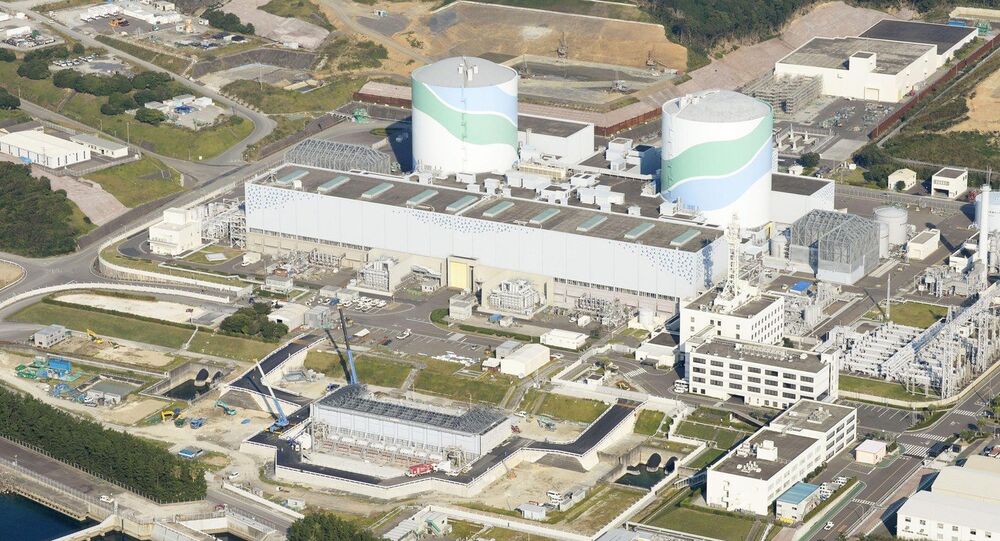 Despite the fact that two reactors of the Sendai Nuclear Power Plant meet new government regulations on nuclear safety, the plant still needs the approval of the Nuclear Regulation Authority on procedural matters.

© RIA Novosti.
Japan's Kagoshima Approves First Nuclear Restart Since Fukushima Disaster
TOKYO (Sputnik) — The restart of the Sendai Nuclear Power Plant, slated to be the first nuclear facility in Japan to be put into operation following the 2011 Fukushima disaster, has been postponed for an indefinite period, the Japanese NHK channel reported Thursday.

Despite the fact that two reactors of the Sendai Nuclear Power Plant in September meet new government regulations on nuclear safety and their operator Kyushu Electric Power Company was given consent to resume operation, the plant still needs the approval of the Nuclear Regulation Authority on procedural matters, according to NHK.

© Sputnik / Mikhail Klimentiev
Japan PM: Nuclear Power Plants Will Not Reopen Unless 100% Safe
Several documents on nuclear facility design and seismic stability will be submitted by the end of March. The restart of reactors may take place in May or summer 2015, following approval of local authorities.

After the Fukushima Daiichi nuclear plant disaster, Japanese authorities suspended the operation of all 48 nuclear power reactors in the country, due to stricter government safety regulations.

The Fukushima Daiichi nuclear power plant was hit by a powerful earthquake and subsequent tsunami on March 11, 2011, which caused a meltdown of three of the plant's six nuclear reactors. The Fukushima nuclear failure led to the release of radioactive materials into the atmosphere and groundwater.