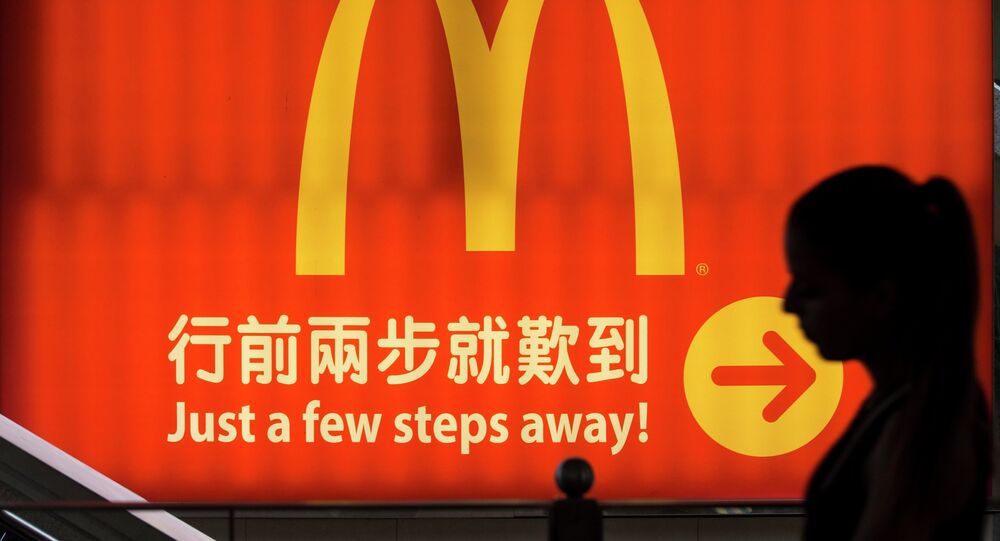 Chinese authorities have executed two members of a banned religious cult for killing a woman in a McDonald's outlet in May 2014, BBC reported Monday.

© AFP 2020 / STR
China Seeks Public Opinion on McDonald’s Move to Historic Lakeside Villa
MOSCOW, February 2 (Sputnik) – Zhang Lidong and his daughter Zhang Fan belonged to the Church of the Almighty God, a cult, whose members believe that God has returned to earth as a Chinese woman in order to start the apocalypse, according to the media outlet.

Zhang and Zhang Fan, along with three other people, beat to death 35-year-old woman Wu Shuoyan in the eastern Chinese town of Zhaoyuan, after failing to recruit her into the sect.

The five cult members were found guilty in October 2014. Zhang and his daughter were sentenced to death while three other members of the group received prison terms ranging from seven years to life, according to the BBC.

The murder triggered public outrage in the country, resulting in hundreds of detentions of Church of the Almighty God members.

The Church of the Almighty God was founded in 1990 and is believed to have millions of followers. According to the sect's website, almost 400,000 members of the group were arrested in China in 2011-2013.