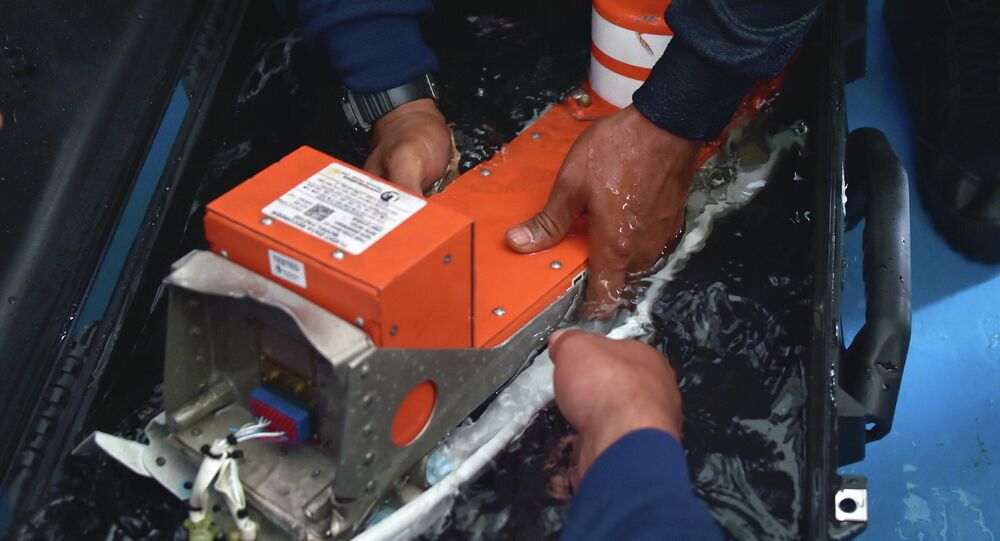 Indonesian authorities' investigations are leading to conclusions about the cause of the plane disaster which killed all 162 people on board when it crashed into the Java Sea in December.

© AFP 2021 / POOL / ADEK BERRY
Search for AirAsia Victims to Resume Saturday Without Indonesian Navy
January 31 (Sputnik) – Sources close to the investigation being carried out by Indonesia's National Transportation Safety Committee (NTSC) have told Reuters that the actions of the two pilots, combined with a maintenance fault, are thought to have led to the crash of Flight QZ8501, which killed all 162 people on board.

The plane's Indonesian Captain Iriyanto, an experienced pilot with 20,537 logged hours of flying, "was out of his seat conducting an unorthodox procedure when his co-pilot apparently lost control, and by the time he returned it was too late to save the plane," two people familiar with the probe told the agency.

According to the report, the Airbus A320 jet had been experiencing maintenance problems for over a week with its Flight Augmentation Computer (FAC), and that earlier in the week the captain had flown the plane after it had started showing signs of having trouble. Iriyanto, after trying to reset the flight control computer on the December 28 flight, cut power to the device.

Bloomberg reported on Friday that at the time of the crash, co-pilot Remi Emmanuel Plesel, who had logged 2,247 flying hours, was at the controls, and that the two pilots had been confronted with alerts from the FAC, which controls rudder movements and helps to the plane remain stable and within its flight envelope, before cutting power to the system.

"It appears he [Plesel] was surprised or startled" by the decision to cut power to off the device, the Reuters source said. In normal circumstances, even after the key flight control computer has been switched off, pilots are still able to fly the plane manually.

Ertata Lananggalih, an investigator from the NTSC, told Bloomberg on Thursday that in less than 30 seconds the Airbus climbed more than 5,000 feet (1,524 meters), and above the altitude at which it had permission to fly. Shortly before the accident, the pilots had been given permission from air traffic control to climb to 34,000 feet (10,363 meters) because of storm clouds, having four minutes earlier requested authorisation to fly at 38,000 feet (11,582 meters). Investigators told the agency that satellite images showed storm clouds at up to 44,000 feet (13,411 meters) above sea level.