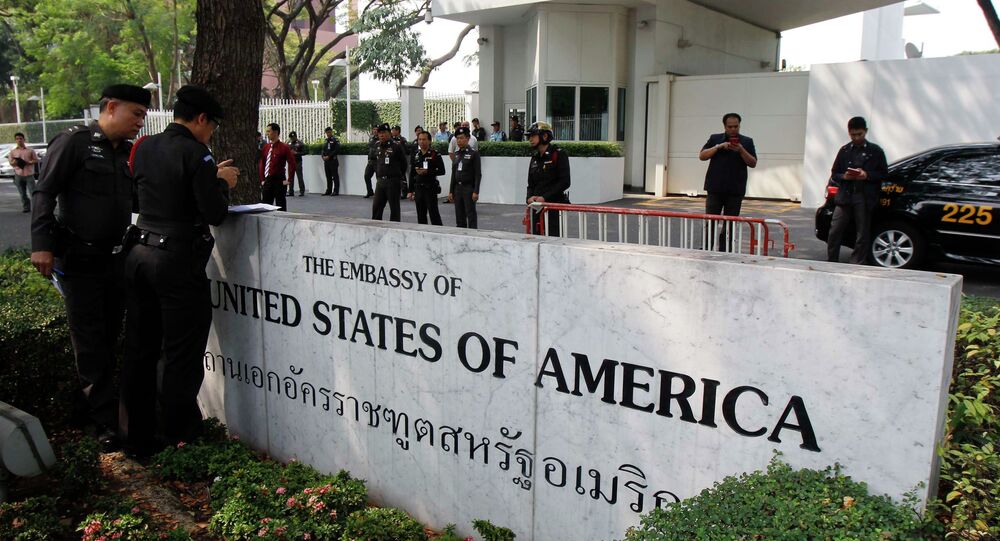 Thai Official Scolds US for Interfering in Country's Internal Affairs

On Monday, US Assistant Secretary of State Daniel Russel, in Bangkok on an official visit, delivered a speech calling to lift martial law in the country. He also criticized what he termed civil rights abuses in Thailand. Russel went on to claim that the impeachment of former Thai Prime Minister Yingluck Shinawatra, removed before a May 2014 military coup, was politically motivated.

Instead of using his visit to Thailand to give positive comment on further development of bilateral relations, Russel spoke of national political issues, thus harming the country’s international image, Pramudwinai said, in a statement televised nationwide.

Thailand has been under martial law since May 2014 coup. Thai authorities have refused to lift the law saying it is needed to maintain stability.

On Friday, Thailand’s parliament voted to impeach former Prime Minister Shinawatra, who was removed from office by court decision days before the coup, for abuse of power. The verdict also introduced a five-year ban on political activities for the ex-Prime Minister.

Shinawatra also faces criminal charges over alleged negligence and corruption relating to her role in a controversial rice subsidy scheme.

All 27 Russians in Thailand Bus Crash Released From Hospital: Reports