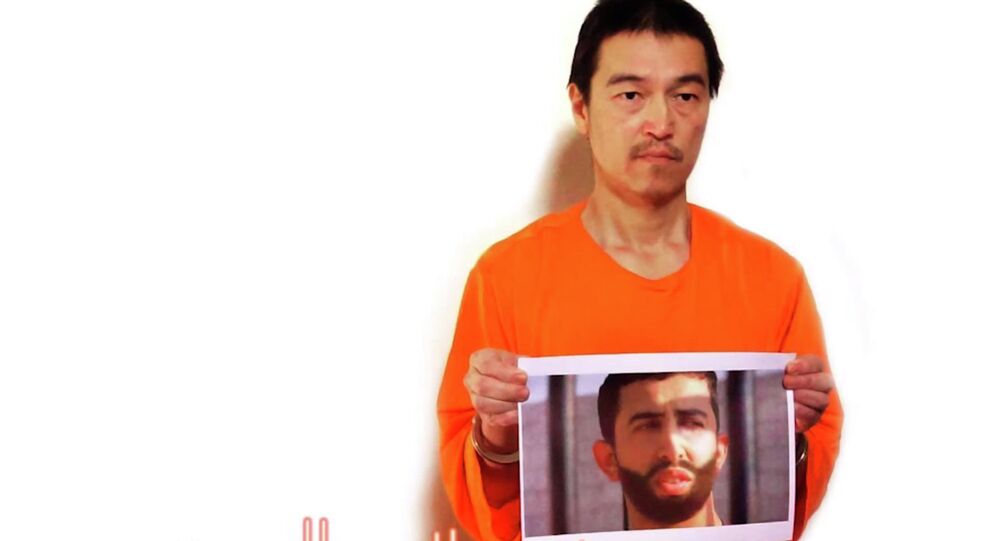 "It's a despicable act, I feel strong anger. I have ordered that we work together as one on securing the release of Kenji Goto as soon as possible," Abe was quoted as saying at a cabinet meeting.

In a video released Tuesday, a voice claiming to be Kenji Goto warned that he and Jordanian Air Force pilot Muath Kasaesbeh will be killed by the militant group unless he is exchanged for a failed suicide bomber facing a death sentence in Jordan.

"I only have 24 hours left to live, and the pilot has even less," Goto is heard as saying.

Goto reportedly went to Syria in October 2014 in order to negotiate the release of Haruna Yukawa, a Japanese security company executive. The IS extremists last week demanded a $200-million ransom for the two Japanese captives.

On Sunday, IS released a video showing Goto holding an image of what appeared be Yukawa's beheaded body.