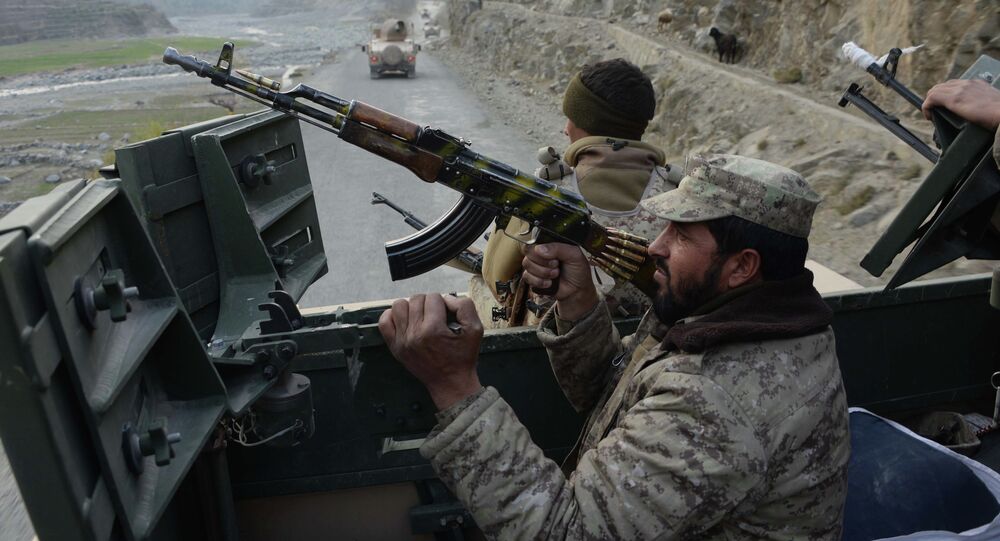 Afghan National Police jointly with the Afghan Army and the National Directorate of Security conducted counter-terror operations across Afghanistan, 18 Taliban militants were killed, eight were injured.

MOSCOW, January 24 (Sputnik) – Afghanistan's security forces have killed 18 extremists in several counter-terror operations conducted over the past 24 hours across the country, the Interior Ministry said Saturday.

© AP Photo / Allauddin Khan
Afghan Intelligence Uncover Suicide Attack Plot in Taliban's Cradle City
Another eight Taliban militants were injured during the raids, and six arrested, according to the statement. The operations were conducted by the Afghan National Police jointly with the Afghan Army and the National Directorate of Security in several provinces across the country.

Afghan forces found and defused two types of explosive devices in the eastern province of Nangarhar, as well as confiscated ammunition during the operations, the ministry said.

In 2014, Taliban stepped up its insurgent activities across Afghanistan amid withdrawal of international troops from the country. According to the UN Assistance Mission, over 4,800 civilians are estimated to have been killed in Afghanistan in the first six months of 2014, marking a 24 percent death toll rise in comparison with the same period of 2013.