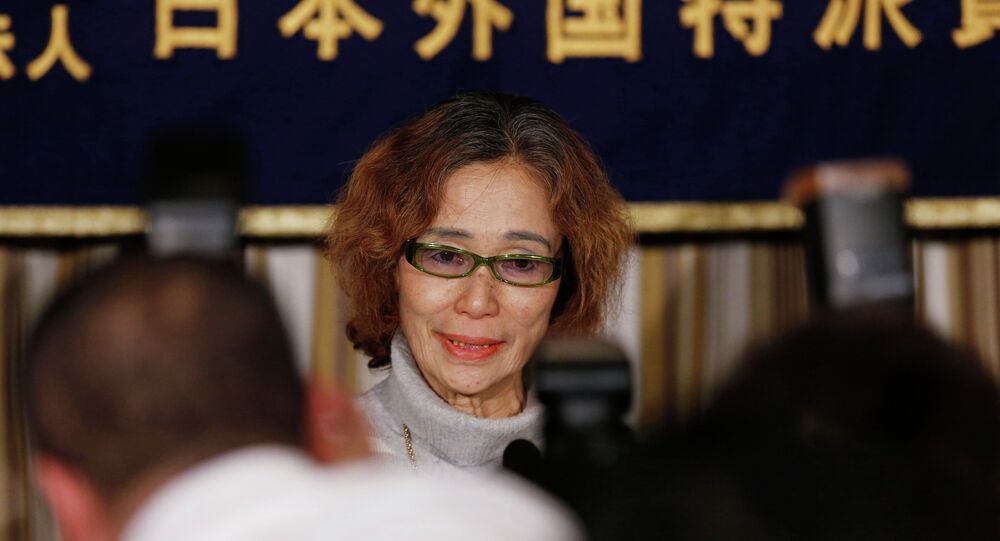 Tokyo has vowed to continue efforts to save two Japanese hostages seized by Islamic State militants.

© Sputnik / David B. Gleason
Pentagon to Cooperate With Japan Over IS-Held Japanese Hostages
"We will not rule out any possibility, and we are verifying all information thoroughly. We will not give up until the very end to rescue the two so we can go home together," Nakayama said.

He spoke as there was no immediate word on the fate of the hostages who are being threatened with beheading by Islamic militants who are demanding a $200 million in ransom.

On Friday, the extremists warned in an online post that "countdown has begun" for them to kill 47-year-old Kenji Goto and 42-year-old Haruna Yukawa.

Earlier, the militants said that Japanese Prime Minister Shinzo Abe has 72 hours to pay the ransom, with the deadline expiring later on Friday.
The posting did not show any images of the hostages, who were reportedly captured in Syria.

Meanwhile, top government spokesman Yoshihide Suga has said that the government is analyzing the militants' message.

"The situation remains severe, but we are doing everything we can to win the release of the two Japanese hostages," Suga said, adding that there has been no direct contact with the captors.

Japan's senior officials have repeatedly declined to elaborate on whether they are mulling over paying the ransom.

Earlier, the country joined other G-7 nations in opposing any ransom payments to the extremists.