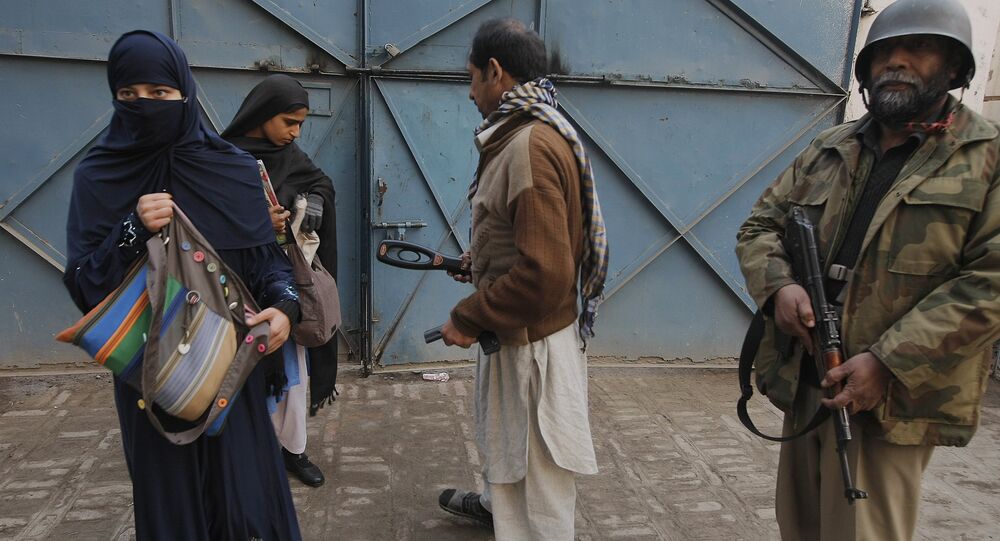 Pakistani police have arrested over 8,000 people suspected of terrorist activity in the northwest of the country, Express Tribune newspaper reported Friday.

© East News / Xinhua / eyevine
Pakistan Arrests IS Leader, Breaks Islamist Recruitment Ring
MOSCOW, January 23 (Sputnik) – The newspaper cites a report compiled by the Khyber-Pakhtunkhwa (K-P) provincial government and given to the country's Prime Minister Nawaz Sharif. According to the document, 2,861 raids were held and 8,281 suspects were arrested in the region. The number includes 22 clergymen accused of hate speech. The raids were conducted in accordance with the National Action Plan to fight terrorism adopted in December, according to the newspaper.

In accordance with the same plan, the K-P provincial government will pass 90 terrorist cases to the national military courts and has already allocated 760 million Pakistani rupees (over $7 million) to find 615 deadly terrorists who have previously escaped from jails, according to Express Tribune.

According to the newspaper, the provincial government has employed an additional 1,760 people to strengthen anti-terrorist forces and plans to open seven new police stations.

Terrorist activities in K-P province have increased recently. On December 16, a military school in Peshawar, the capital of the province, was assaulted by Taliban militants. As a result of the attack almost 150 people, mostly children, were killed. The Taliban said that the attack was revenge for the Pakistani army's operations against the group.

Following the attack Pakistan lifted the moratorium on the death penalty and adopted the National Action Plan.