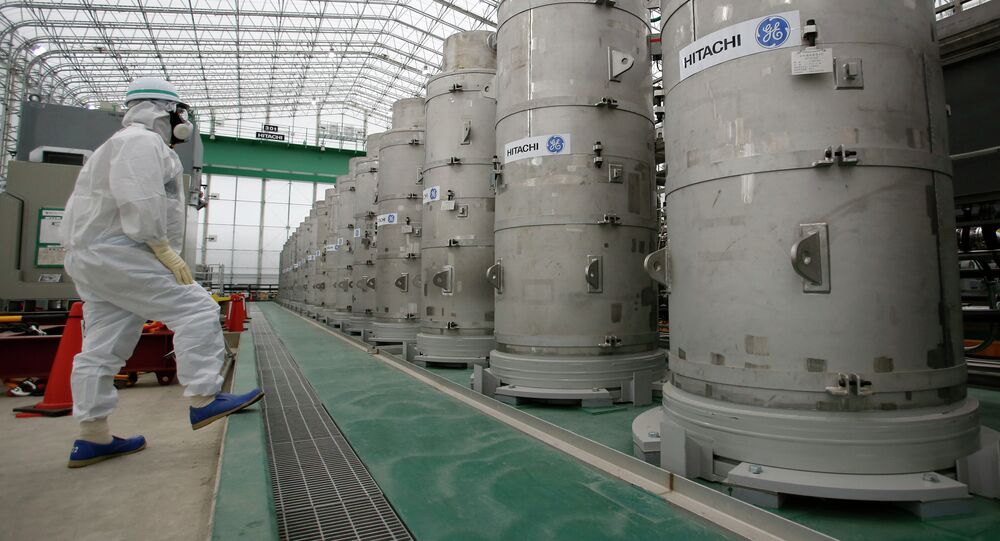 The completion of processing of radioactive water accumulated at the Fukushima Daiichi nuclear power plant, expected for March 31, will only be happen in May, owing to technical problems, plant operator TEPCO's president, Naomi Hirose, said Friday.

© East News / Kyodo/FOTOLINK
TEPCO Reports Two Fatalities at Fukushima Nuclear Plants
TOKYO, January 23 (Sputnik) – Reporting to the Japanese Agency for Natural Resources and Energy, Hirose said that he was sorry for not being able to keep his promise made in 2013 to finish the cleanup by March 31, 2015, according to news agency Kyodo. He stressed that meeting the end-March target would be very difficult.

"We took the promise with the prime minister very seriously but we cannot fulfill our commitment. The problem of toxic water is the biggest source of concern for the local residents and we are extremely sorry to be unable to keep our word," Hirose was quoted by Kyodo as saying at a meeting with Takayuki Ueda, the agency's commissioner.

According to Kyodo, the delay is related to technical problems.

At the moment, 280,000 tons of water contaminated by radiation is stored in tanks at the nuclear power plant. The water is to be filtered from 62 radioactive elements with the help of the Advanced Liquid Processing System (ALPS).

The Fukushima Daiichi nuclear disaster on March 11, 2011 was triggered by a 9.0-magnitude earthquake followed by a tsunami. The catastrophe claimed more than 15,000 lives. The nuclear disaster is considered the world's worst since Chernobyl. Cleanup efforts could take up to 40 years in total.