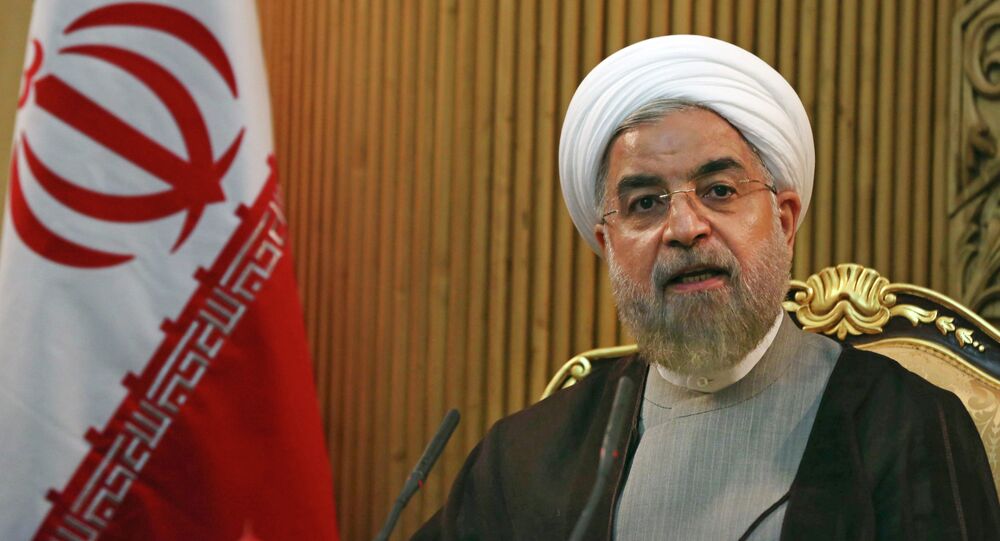 Freedom of speech has nothing to do with a feeling by Muslims of being insulted or any definition of blasphemy, Iranian President Hassan Rouhani says.

Addressing the Supreme Council of Islamic Revolution on Tuesday, Rouhani insisted that the cartoons, published primarily in the name of free speech, nonetheless insulted a billion Muslims around the world. Iran’s president also said that such actions only fuel extremism and contribute to worsening of relations between Muslims and non-believers in Islam.

Rouhani strongly condemned the gun massacre in Charlie Hebdo office in Paris, stressing that perpetrators of killings and terrorist attacks under the guise of protecting Islam are traitors to the religion.

A series of terrorist attacks took place in France between January 7 and January 9, taking the lives of 17 people. The first terrorist attack was carried out in Charlie Hebdo office, with suspected Islamic extremists gunning down the editor-in-chief and other journalists of the magazine, known for cartoons satirizing popular religious and political figures, among them the Prophet Muhammad.