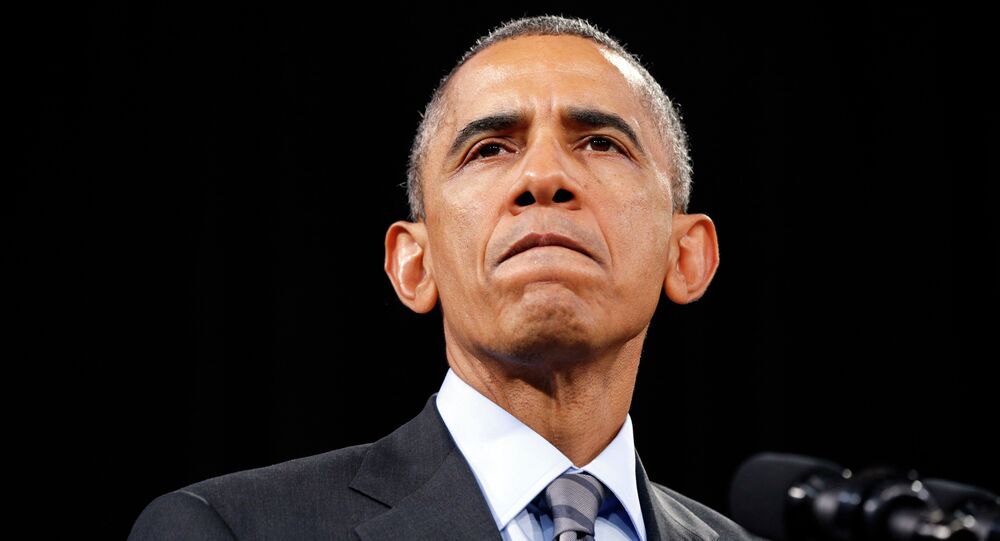 The US asked Pakistan to prevent terrorist activity along the Indian border during the upcoming Indian visit of the US President Obama.

© Sputnik / Sergey Guneev
India to Put in Place All Security Measures Prior to Obama Visit
MOSCOW, January 20 (Sputnik) — One week prior to President Barack Obama’s upcoming trip to New Delhi, scheduled to commence on January 26, the United States warned Pakistan against border incidents with India during the time of the visit, having hinted at imminent ‘consequences’ for Islamabad in case the cross-border security situation deteriorates. Pakistan, India’s long-time rival, has been involved in series of religious- and politically-motivated clashes along the boundary between the two states since both nations acquired independence in 1947.

Obama will be the first US President to attend the Republic Day parade on January 26 as a sign of the reinforced ties between India and the US. This new strategic partnership was launched with last year’s visit of Indian PM Narendra Modi to the US. During the visit, the two leaders expressed their commitment to expand cooperation in wide variety of mutually beneficial areas.

American and Indian security services are taking precautionary measures ahead of the event, as Obama will spend some two hours at an open-air tribune on Rajpath boulevard in New Delhi.

The United States addressed Pakistan with an insistent plea to make sure that terrorist activity in the region would be effectively suppressed during the ceremonial event. If any terrorist attack happens is traced to the territory of Pakistan, the nation might face severe ‘consequences‘, some sources say, according to the Times of India.

© REUTERS / Yuya Shino
Time Person of the Year 2014: Indian PM Modi Leads, Putin Ranks Fifth
US security services are worried because of an event that took place on March 20, 2000, when Pakistan-based militants massacred 36 Sikhs in Kashmir, coinciding with the US President Bill Clinton’s visit to India, a move that cast a grim shadow over the budding Indian-American relations.

Some sources note the unprecedented scale of cooperation between the US and Indian intelligence services ahead of Obama’s visit. Approximately 80,000 Delhi police will ensure security at the event, and some 10,000 paramilitary troops will be joining them.  The airspace over Rajpath will also be monitored by SIGINT systems, sources say.