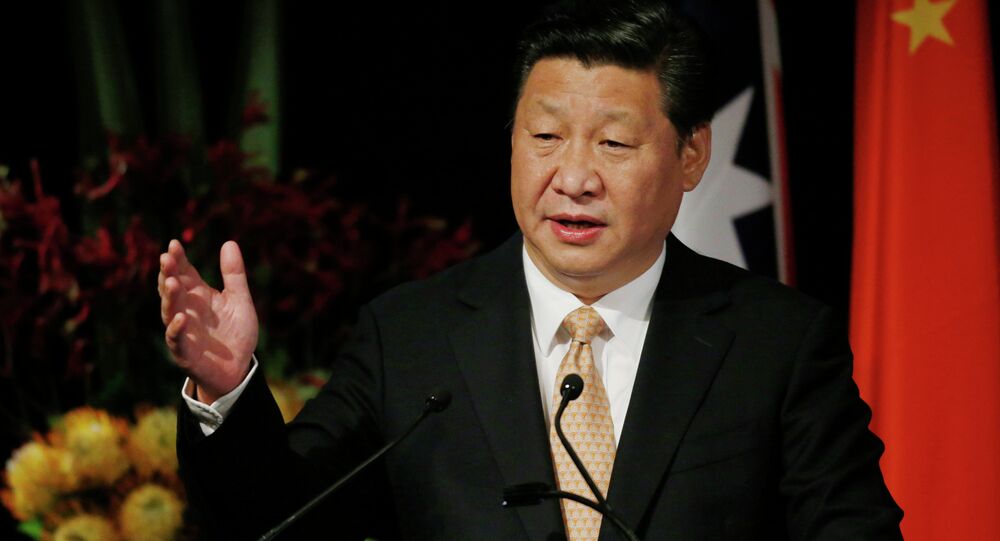 The fugitives were persuaded back or arrested from 17 countries and regions, including the US, Britain and Canada. Authorities called on all suspects of corruption-related crimes who are still on the run to make the right choice.

The fugitives were persuaded back or arrested from 17 countries and regions, including the US, Britain and Canada, Xu Jinhui, SPP’s anti-bribery head, said at a press conference.

Three of the 49 fugitives were at large for more than a decade with one of them for 23 years.

© Sputnik / Maria Tchapligina
China Deploys Supervisors in Government Bodies to Help Prevent Corruption
A suspect, surnamed Zheng, was a deputy head of a department of the Harbin Branch of the Industrial and Commercial Bank of China. In 1990, after embezzling 600,000 yuan he fled to Russia. Zheng was arrested on December 10, 2014, by the joint efforts of the SPP and public security department of Heilongjiang Province, Xu said.

According to the official, family members or significant contacts persuaded 36 suspects to come back.

The fugitive Zhang, was under investigation for bribery. She was persuaded to come back by her husband and returned 25 million yuan that had been transferred to the US.

The procuratorate official also called on all suspects of corruption-related crimes who are still on the run to make the right choice.

In October, the SPP launched a half-year campaign targeting fugitive suspects of corruption and other duty-related cases.

The fight against corruption is one of the top priorities of Chinese President Xi Jinping. The anti-corruption campaign has already affected various high-profile officials and businessmen across the country.