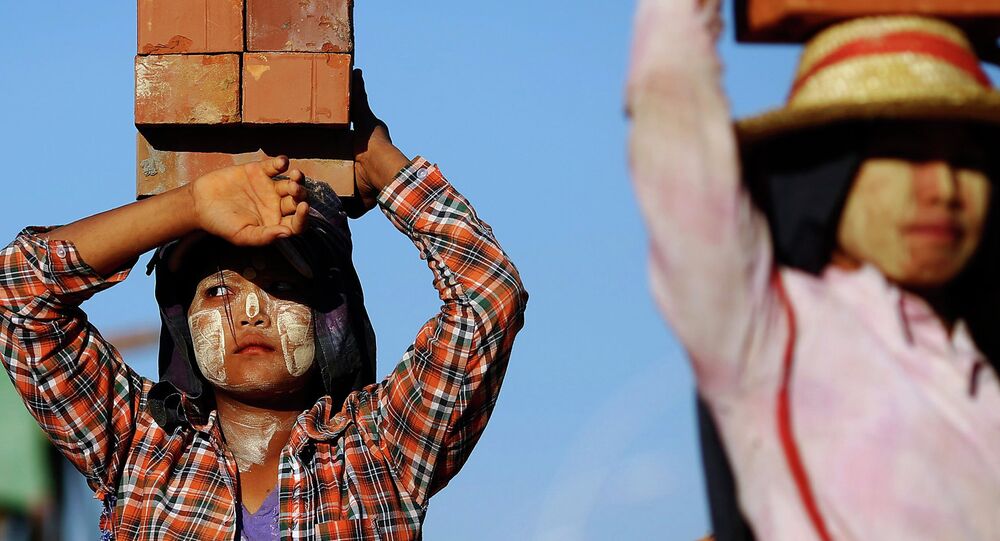 Hundreds of Chinese Citizens Trapped in Myanmar Amid Intense Fighting

More than 2,000 civilians, including Chinese lumber workers, jade businessmen, and gold mine developers, have been trapped in Myanmar amid clashes between government forces and the Kachin Independence Army.

Clashes between government forces and the Kachin Independence Army (KIA), a rebel group fighting for the Kachin state's autonomy, have reportedly escalated over the past week.

"More than 2,000 civilians, including Chinese lumber workers, jade businessmen, and gold mine developers, have been trapped in the war zones … Although it is difficult to calculate the accurate number of Chinese citizens, the number of local villagers is estimated to be over 1,000 and about 500 have fled to areas controlled by the KIA," the Global Times reported, citing a local rebel group officer.

© Sputnik / Vladimir Fedorenko
Ban Ki-moon Praises Myanmar’s President for Progress in Peace Process
The officer also said that no casualties or injuries among the trapped civilians were reported, but stressed that they might be short of water and medical supplies.

Though the newspaper's sources said that the trapped Chinese citizens were afraid to ask authorities for help and were forced to hide in local residents' homes or in forests, Global Times also quoted KIA chief of staff Gunhtang Gam Shawng as saying that his forces were willing to offer Chinese citizens passage to their country.

The KIA is the military wing of the Kachin Independence Organization, which has been fighting the Burmese regime since the 1960s. According to Myanmar media cited by the Global Times, fighting between government troops and the rebels has resulted in the deaths of one government soldier and four rebels. The KIA claims it killed about 38 troops.