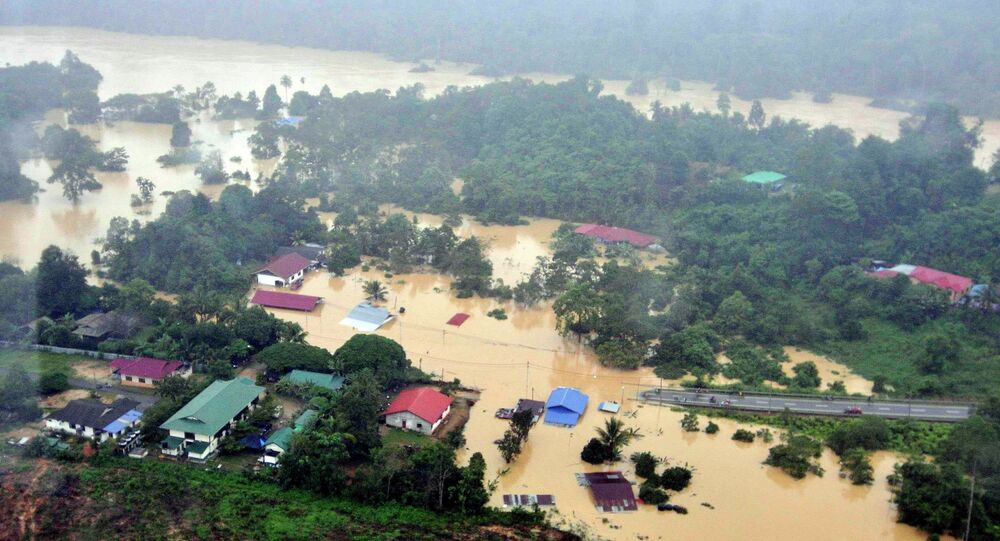 Floods Force Over 1,000 Malaysians Out of Their Homes

More than 1,000 people had to leave their homes in northern Malaysia, as the country continues to battle severe floods.

© REUTERS / Nazirul Roselan
Malaysia Increases Aid for Victims of Severe Flood: Prime Minister
MOSCOW, January 19 (Sputnik) – Floods in Malaysia, in the state of Sarawak on the island of Borneo, have forced over 1,000 people to leave their homes, the Malaysian Star newspaper reported Monday.

As of 9:50 p.m. local time (01:50 GMT) on Sunday, “at least 1,023 people from all over the state had been evacuated”, The Star said, citing Shalihan Annuar, the National Security Council’s assistant secretary for Sarawak.

According to Shalihan, the numbers of evacuees are expected to increase.

The Star said that the floods caused by heavy rainfall have forced the Meteorological Department to issue an "orange" alert warning.

In December, Malaysian Prime Minister Najib Razak said that the country would provide an extra $142 million to help the victims of one of the worst floods in the country's recent history, which had forced over 160,000 people out of their homes.

Severe floods started in Malaysia in December with the country's northeast having been affected the most.