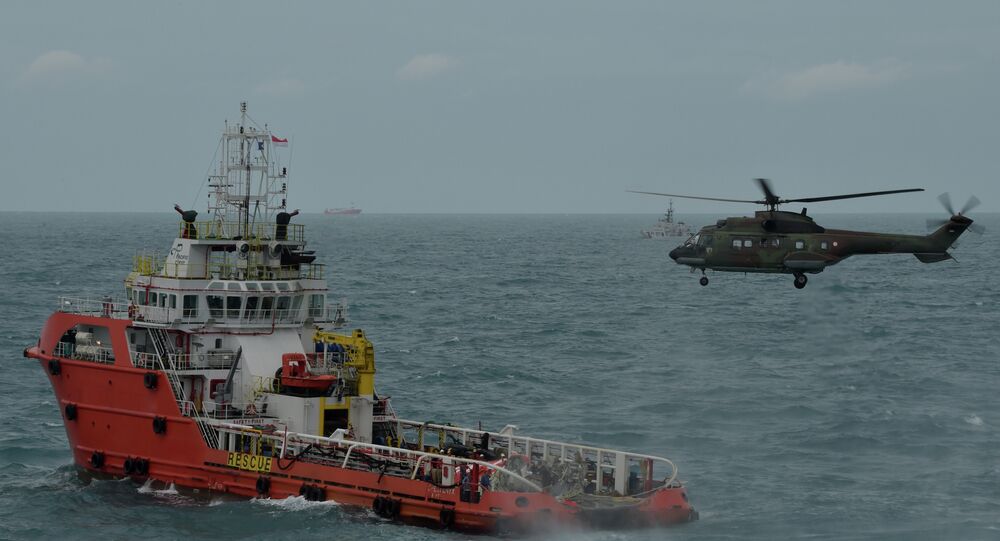 MOSCOW, January 18 (Sputnik) — Singapore has officially concluded the search operation for the remains of AirAsia aircraft that crashed into the Java Sea last month en route to Singapore from the Indonesian city of Surabaya, the Straits Times reported Sunday.

© REUTERS / US Navy
US Navy Ends Search Effort for AirAsia Flight in Java Sea
On January 15, the US Navy USS Sampson (DDG 102) and USS Fort Worth (LCS 3) vessels concluded its AirAsia search mission.

A multinational team of search experts, including more than 70 Russian rescuers, have been looking for the plane's wreckage since the jet vanished off radars.

On January 12, Indonesian divers found the first black box under a part of the AirAsia aircraft's wing. The next day, Indonesia's search and rescue agency located the fuselage of the AirAsia plane about 1.7 nautical miles from where the plane's tail was discovered.

AirAsia Flight QZ8501 crashed into the Java Sea on December 28, 2014. All 162 passengers are assumed dead, with 48 bodies already recovered by rescuers.