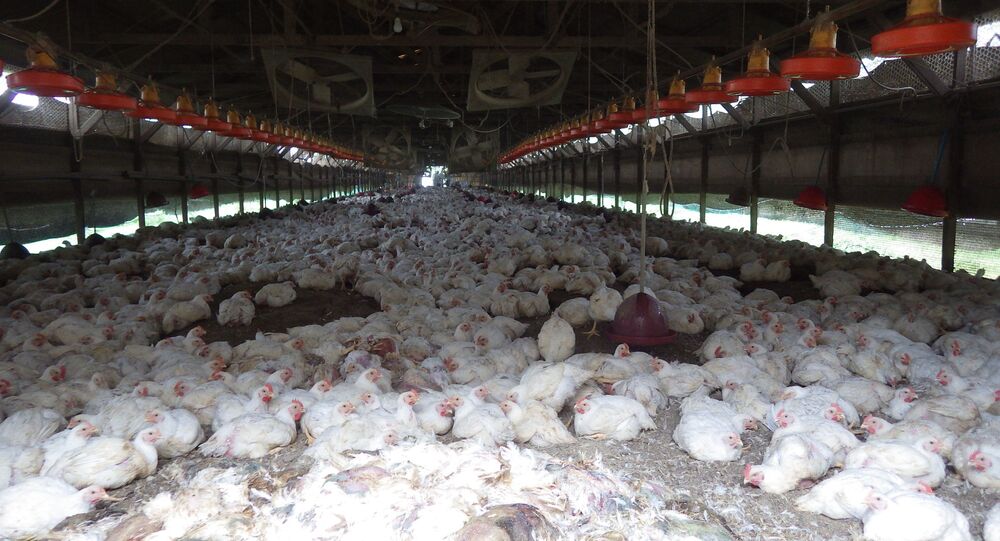 Culling of 73,000 Chickens Begins in Japan Amid Bird Flu Outbreak

The cull is expected to be completed by Monday morning.

A quarantine zone was established within about a 6-mile radius from the farm where the virus had been detected and a ban on eggs and poultry products export was introduced within a 1.8-mile radius of the area. The roads in the region are being disinfected.

This is the second such case in Japan this year and the fifth since the beginning of the winter.

The first bird flu outbreak of this winter was detected on December 16 in Japan's city of Nobeoka on the island of Kyushu, where nearly 4,000 chickens had been culled.

Later the H5 bird flu virus was detected on the poultry farms in Miyazaki, Yamaguchi and Okayama prefectures. Roughly 300,000 chickens had been culled so far.