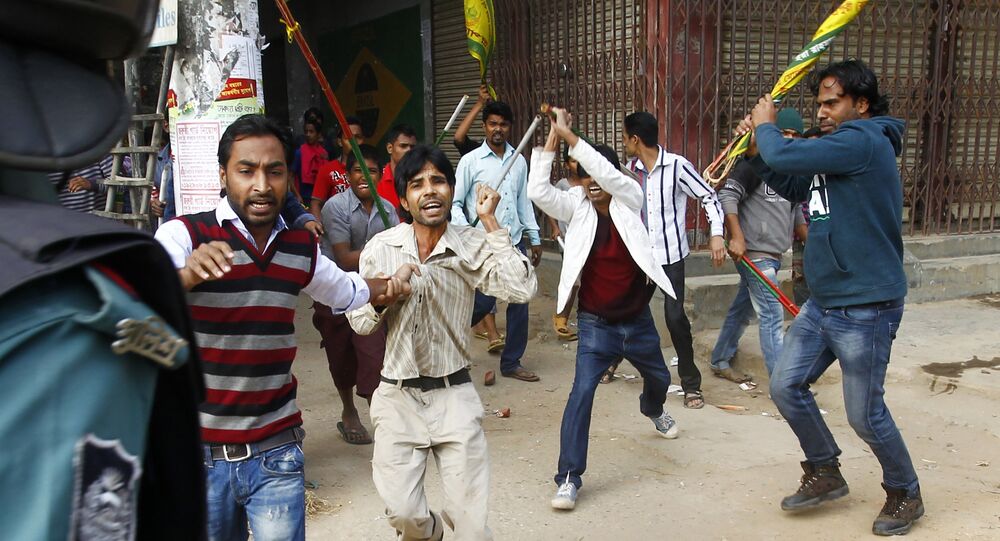 UN High Commissioner for Human Rights stated that United Nations has denounced the escalation of political tensions in Bangladesh and urged those involved in the conflict to exercise restraint.

© AFP 2021 / HASAN RAJA
Two People Killed, 15 Injured During Political Rallies in Bangladesh
UNITED NATIONS, January 16 (Sputnik) – The United Nations has denounced the escalation of political tensions in Bangladesh and urged those involved in the conflict to exercise restraint, a spokesperson for the UN High Commissioner for Human Rights said Friday.

"We urge all political parties to show restraint and to bring an immediate end to the violence. We also call on the authorities to ensure the prompt, impartial and effective investigation of all killings committed – irrespective of whether they were committed by State or non-State actors," spokesperson Ravina Shamdasani told reporters.

According to the spokesperson, recently over a dozen of people have been killed in clashes between opposition supporters and security forces and a number of key opposition leaders have been arrested.

"A crowded public bus was set on fire on Tuesday, burning to death four people including one child. The same day, a senior BNP advisor was shot at and his car set on fire. Yesterday, another person was killed when a bus was reportedly set ablaze in Kaliakoir, about 50 kilometres north of Dhaka," Shamdasani said.

The spokesperson stressed that the government should ensure that the detentions of key opposition leaders are not arbitrary.

On January 5, 2014, the Prime Minister of Bangladesh, Sheikh Hasina, who had been in power since 2009, was reelected for an additional five-year term. However, the main opposition parties, including the BNP, boycotted the voting claiming the parliamentary elections were unfair.

Islamist Leader Sentenced to Death in Bangladesh for 1971 War Crimes