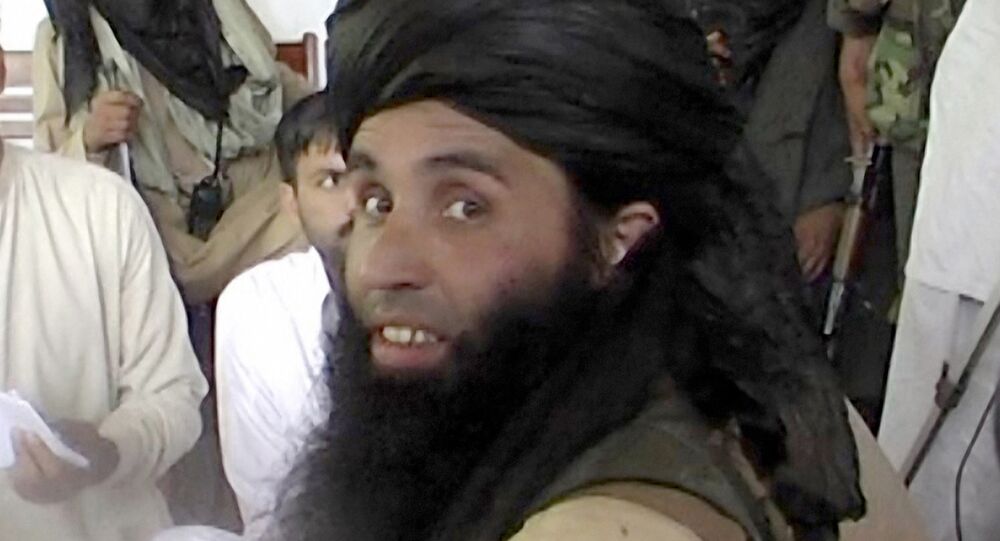 According to the US Department of State, under the leadership of Maulana Fazlullah, Tehrik-e Taliban Pakistan claimed responsibility for the December 16, 2014 attack on a school in Peshawar that killed 148 individuals, including 132 children.

WASHINGTON, January 13 (Sputnik) — Washington has listed Pakistan Taliban warlord Maulana Fazlullah, who was behind the Peshawar school attack, as a Specially Designated Global Terrorist, the US Department of State said in a statement on Tuesday.

“The Department of State has designated Maulana Fazlullah, also known as Mullah Fazlullah, as a Specially Designated Global Terrorist,” the release stated, explaining that it targets terrorists and those providing support to terrorists or acts of terrorism.

According to the release, under the leadership of Fazlullah, TTP claimed responsibility for the December 16, 2014 attack on a school in Peshawar that killed 148 individuals, including 132 children.

“Prior to becoming the leader of TTP, Fazlullah claimed he was behind the killing of Pakistani Army Major General Sanaullah Niazi in September 2013, as well as ordering the shooting of schoolgirl and activist Malala Yousafzai in 2012,” the statement added. “Fazullah was responsible for the beheading of 17 Pakistani soldiers after an attack in June 2012, and also ordered the targeted killings of elders who led peace committees against the Taliban.”

© AP Photo / Pakistani Taliban handout
Pakistani Taliban Identifies Mastermind of Peshawar Massacre as Umar Mansoor
US Secretary of State John Kerry met with Pakistan Adviser to the Prime Minister on National Security and Foreign Affairs Sartaj Aziz on Tuesday as part of his visit to the country. Kerry conveyed condolences on the loss of lives in the Peshawar school attack, and expressed appreciation for Pakistan’s efforts to fight terrorism.

The Taliban group, formed in the 1990s, seeks the establishment of sharia law in Afghanistan and Pakistan. The group is known for terrorist attacks against authorities and civilians in both countries. The Haqqani network, believed to be related to the Taliban, is a radical Islamist group active both in Pakistan and Afghanistan.