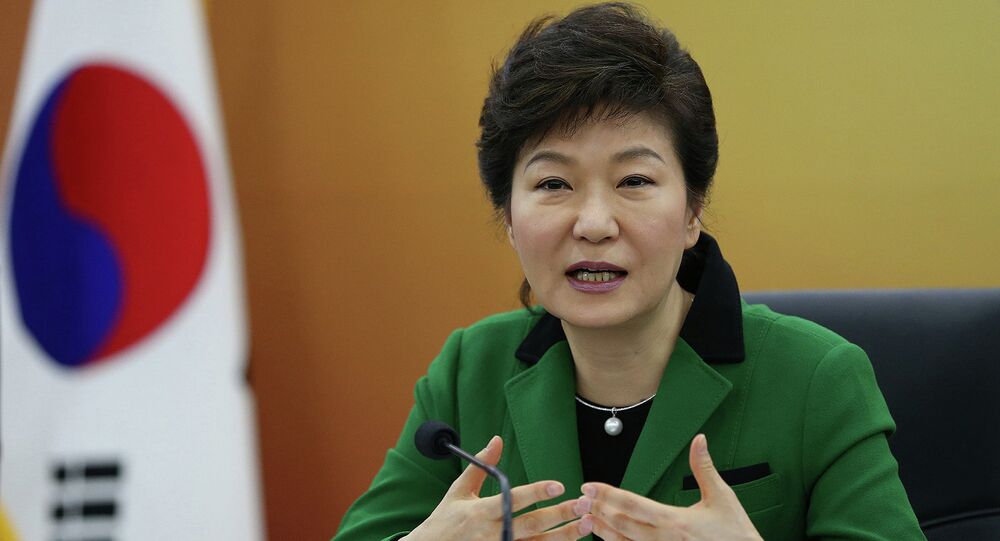 South Korean President Says She Has Not Seen 'The Interview' Yet

South Korean President Park Geun-Hye said she is yet to see the controversial comedy about a CIA plot to assassinate North Korean leader Kim Jong-Un.

© AP Photo / Ahn Young-joon
Seoul May Block Attempts to Send ‘The Interview’ Film to North Korea
MOSCOW, January 12 (Sputnik) — South Korean President Park Geun-Hye said on Monday that she is yet to see "The Interview", the Hollywood comedy about a CIA plot to assassinate North Korean leader Kim Jong-Un.

“I haven't seen it yet. But I have learnt the gist of the story from the media,” Park said on Monday, according to Reuters.

The Interview, which was directed by American filmmaker Seth Rogen, will not be released in South Korean cinemas, but it is available online.

The United States insists that North Korea, who reacted angrily to the movie, was behind the devastating cyber-attack on Sony Pictures as a response for releasing the film in January 2014.

Washington slapped additional sanctions on Pyongyang in response to the attack.

Park described the US counter-measure as "very appropriate", arguing that Pyongyang had only itself to blame.

“North Korea provided the reason for the United States to take that action,” she said.

“The Interview” has made more than $31 million dollars in sales and rentals, making the movie the studio's top online film of all time.

Meanwhile, Pyongyang has tightened surveillance on smugglers to ensure that no DVD or flash-drive copies of the film make it inside North Korea, according to the Seoul-based, defector-run website Daily NK.

“No one knows what will happen if you're caught watching a movie about the assassination of Kim Jong-Un, but you may be executed as an example," the website quoted a North Korean source as saying.