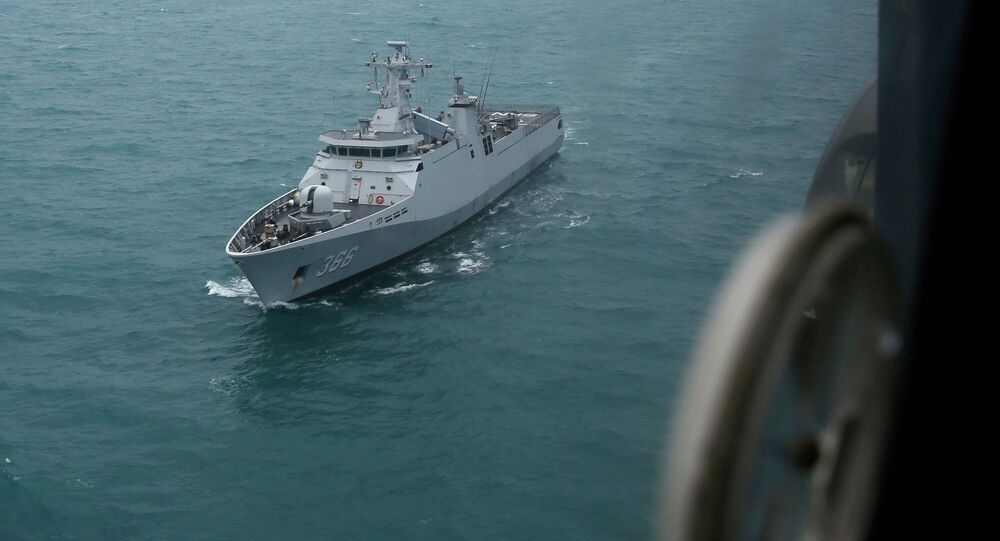 Divers are retrieving the black box from the AirAsia plane's wreckage, the chief of Indonesian national search and rescue operation in the Java Sea said.

Divers are in the process of retrieving the black box from the plane's wreckage, local news website Detik.com quoted the chief of Indonesian national search and rescue operation in the Java Sea, Suryadi Bambang Supriyad, as saying Monday.

The second flight data recorder was found in the Java Sea at a depth of 32 meters earlier in the day, not far from the place where the first black box was retrieved, Supriyadi said.

© REUTERS / Darren Whiteside
Indonesian Rescuers Locate Second AirAsia Jet Black Box: Reports
The first recorder has already been sent to investigators from Indonesia's National Committee for Safety Transportation. According to them, it could take up to two weeks to get the information from a black box, depending on its condition.

AirAsia flight QZ8501 crashed into the Java Sea on December 28 without transmitting any distress signals before its disappearance from radar screens. The plane was carrying seven crew members and 155 passengers, mostly Indonesians.

The plane's wreckage, as well as 48 bodies, have been recovered from the Java Sea since the crash.