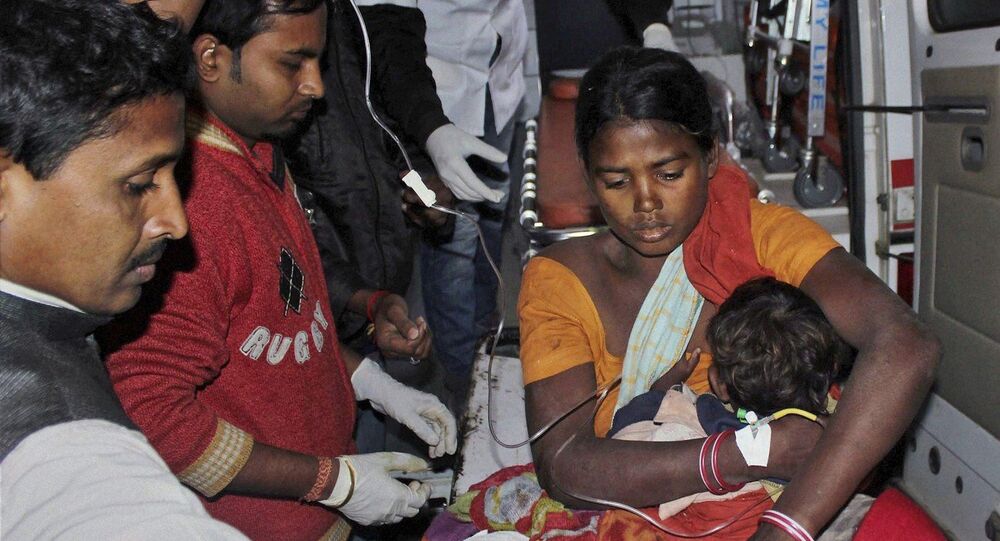 © AP Photo / Dar Yasin
India to Deploy 5,000 Troops in Assam Amid Growing Violence in Region
MOSCOW, January 12 (Sputnik) — A total of 39 gunmen from the National Democratic Front of Bodoland (NDFB), accused of taking part in December terrorist attacks in the Assam state, have been arrested by India's security agencies, The Hindu newspaper reported Monday.

The most recent arrest of 12 gunmen took place Sunday, the newspaper reported, citing the local Inspector General of Police L. R. Bisnoi. Several high-level militants, including an alleged member of the organization's central council, were among those detained. Additionally, the police managed to capture firearms and ammunition.

© Flickr / Simon HunterWilliams
India Launches Anti-NDFB Military Operations As Assam Death Toll Reaches 81
In December 2014, NDFB gunmen committed several terrorist attacks in the Sonitpur and Kokrajhar districts of the Indian state of Assam. The assaults claimed the lives of more than 70 people, with more than 80 people wounded. Indian Prime Minister Narendra Modi condemned the violence in Assam as an act of cowardice.

The NDFB is an armed separatist group seeking independence for the ethnic Bodo people in India's Assam state. Founded in 1980s, the group is known for attacks in the state against other ethnic groups. The national government has put NDFB on its list of terrorist organizations.

An earlier NDFB attack in May 2014 claimed the lives of 32 Bengali speaking Muslim civilians in Assam's Baksa and Kokrajhar districts.