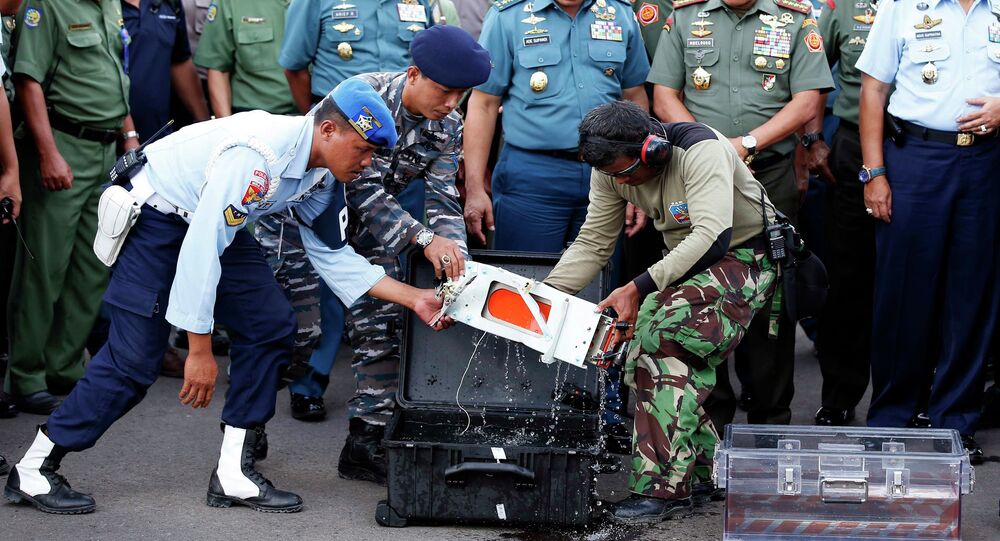 Indonesian rescuers are going to lift the cockpit voice recorder of the crashed AirAsia Boeing after the Navy has identified its location.

The Committee's main investigator, Mardjono Siswosuwarno, told reporters that the missing cockpit voice recorder was "still at the sea bottom," but added that the Navy knew its location, according to a local news website Detik.com.

Over the weekend, three rescue ships detected pings coming from the plane's black boxes, but bad weather and high winds prevented divers from retrieving them from under plane debris lying on the seabed at a depth of over 30 meters (98 feet).

Earlier on Monday, Indonesian navy divers managed to bring up the jet's flight data recorder, the first of the two black boxes. Investigators hope that the first black box, which was found under part of the plane's wing, will provide them with clues to the cause of the flight QZ8501 crash.

The Malaysia-based AirAsia plane was en route to Singapore from the Indonesian city of Surabaya when it lost contact with air traffic control an hour into its flight. Its wreckage was later found in the Java Sea. All 162 people aboard are believed to be dead. Bodies of 48 victims have been recovered so far, of them 32 have been identified.