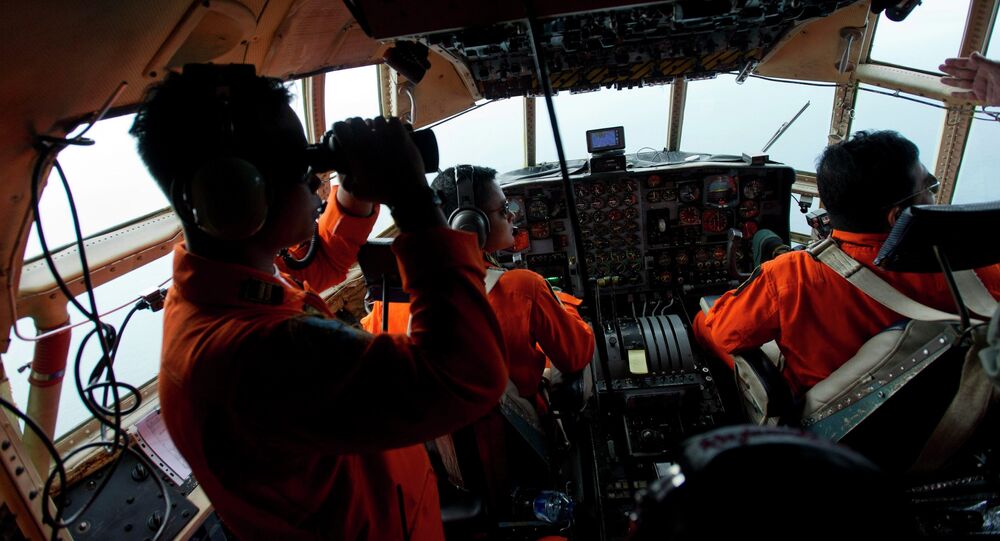 Indonesian transport minister said that the process of retrieving the recently found AirAsia plane's black box would be carried out Monday after the clearance of the debris.

"Due to the limited time, a decision has been made that the process of retrieving the black box will be carried out tomorrow, after debris is gradually cleared," Jonan was quoted as saying by the local detik.com news outlet.

The minister added that if the clearance cannot be carried out, the team would raise the wreckage using inflatable bags, like it was done with the plane's tail section.

© REUTERS / Adek Berry/Pool
Russian Divers Help Raise Crashed AirAsia Plane's Tail to Surface: Reports
AirAsia's Airbus A320-200, carrying 155 passengers and seven crew members, vanished off radars and crashed into the Java Sea on December 28, heading for Singapore from Surabaya, Indonesia. A total of 48 bodies have so far been recovered, with 32 bodies already identified.

One of the plane's black boxes was discovered earlier on Sunday. A multinational team of experts has been assisting Indonesian authorities in the search operation after the crash.

Currently, Indonesian search and rescue teams with the support of international partners continue to investigate into the cause of the airliner's crash. Preliminary reports suggest bad weather conditions to be the reason behind the crash.