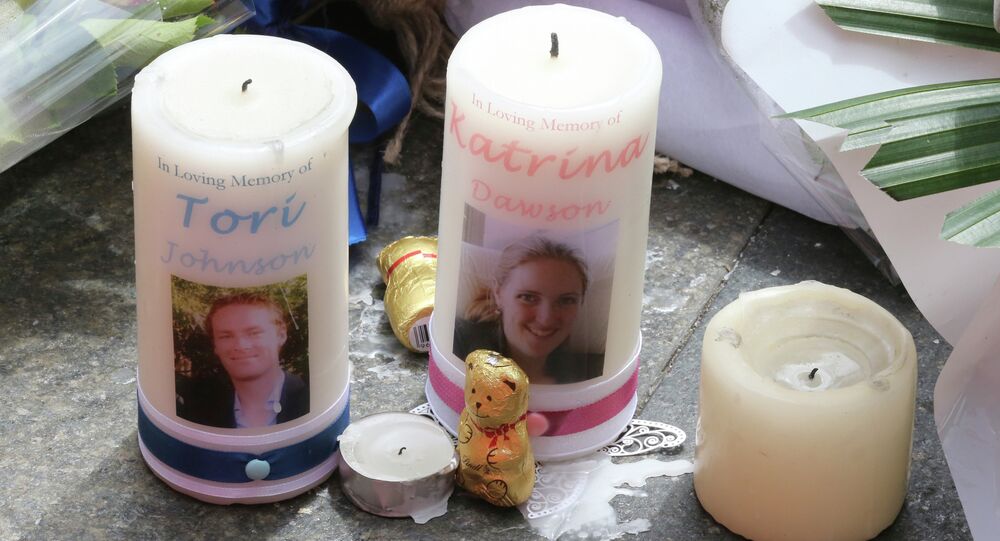 Katrina Dawson, one of the two victims of Lindt Café siege, was struck by a police bullet while protecting her pregnant friend during shoot-out.

MOSCOW, January 11 (Sputnik) — Katrina Dawson, 38-year-old barrister and mother of three children, is reported to have been killed by a police bullet during a police operation at the Lindt café designed to end the 16-hour siege, according to Sidney media sources.

The bullet reportedly ricocheted and struck the woman in the heart and shoulder. The other victim, the manager of the cafe Tori Johnson, was shot down by the attacker, 50-year old Man Haron Monis.

© AP Photo / Steve Christo
Australian PM Lays Flowers to Commemorate Victims of Sydney Café Siege
As reported by BBC, Dawson tried to shield her pregnant friend, while Johnson was struggling to snatch out Monis’ gun. Authorities of Australia’s New South Wales state said they were planning to establish a permanent memorial to both of them.

An inquiry into the circumstances of the incident is currently under way. The cause of Dawson’s death will be specified after its completion.

The Sydney café siege took place on December, 15, when a gunman stormed a Lindt Chocolat Café and took 18 people hostage. The attacker, Man Haron Monis, was born in Iran, but was granted Australian citizenship as an asylum seeker.  Monis is reported to have been inspired by radical ideology and became follower of the Islamic State.