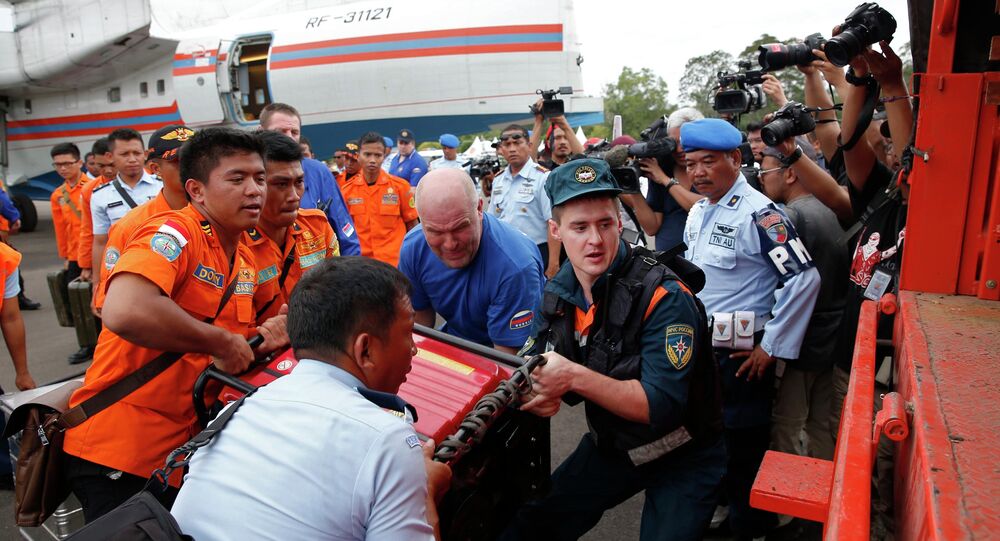 The head of Indonesia’s search and rescue agency thanks the Russian rescuers for their help and praises their professionalism. The Russian team has worked at the crash site since January 2 and has essentially contributed to the retrieval of the plane's tail.

"During the time of participation of the Russian Emergencies Ministry's rescuers in the international operation on locating the crashed airliner a lot of work was done both on the water surface, under water and in the air," Eduard Chizhikov said.

The head of Indonesia’s search and rescue agency, Bambang Soelistyo, thanked the Russian rescuers for their help, praised their professionalism, and expressed gratitude to all countries that assisted in search and rescue operations.

A team of 72 Russian divers and search experts arrived in Indonesia on January 2 to join a multinational mission at the request of Indonesian authorities. The Emergencies Ministry sent an Il-76 airlifter and a Be-200 amphibious aircraft, as well as a high-tech remote-controlled Folkon search vehicle capable of operating at maximum depths of 1,000 meters (3,280 feet).

© REUTERS / Suharso/Pool
Three Rescue Vessels Pick Up Signals From AirAsia Plane’s Locator Beacons: Reports
The Russian team has essentially contributed to the retrieval of the plane's tail, where the flight recorders could be found.

AirAsia flight QZ8501 was en route to Singapore from Indonesia’s Surabaya when it vanished off radar on December 28. There were a total of 162 passengers and crew on board the aircraft. A total of 48 bodies have been recovered and delivered to Surabaya so far, with 29 crash victims already identified. Preliminary reports blame bad weather conditions for the disaster.