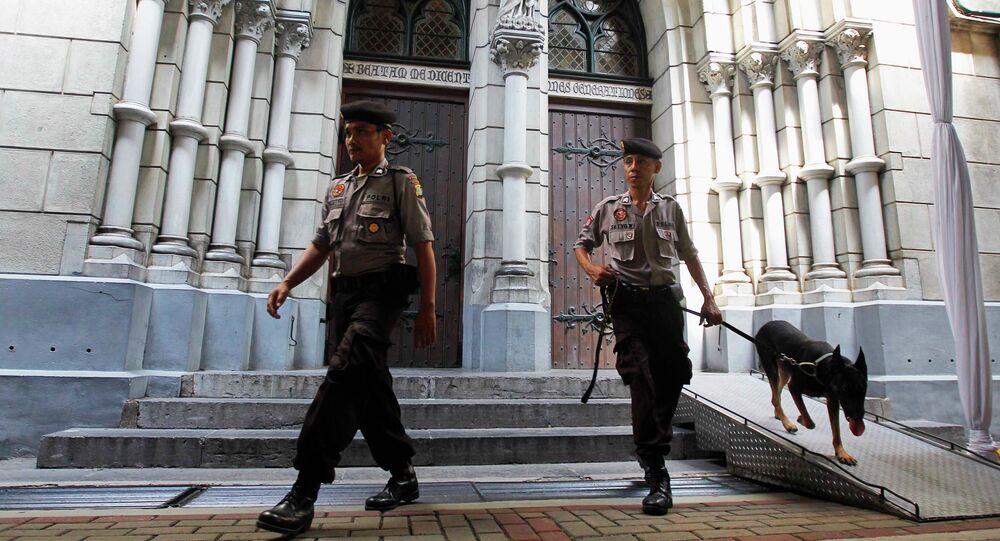 An IS-linked terrorist dies in a shoot-out with police while trying to resist arrest. Security forces detain two bomb-makers and their accomplices.

In the country's South Sulawesi province, IS-linked terrorist Ilham Syafii died in a shoot-out with police when he was trying to resist arrest.

Two more suspected terrorists were arrested in the city of Bima on the island of Sumbawa, while another one, wanted since 2013, managed to escape the police forces.

By Sunday morning, the total number of arrested has risen to six after a series of operations in the city of Poso, Central Sulawesi, in which police have detained bomb-makers Saiful Jambi and Rustam with two of their accomplices, National Police spokesperson Agus Rianto stated later the same day in Jakarta.

Islamic State is a Sunni jihadist group, known for its violent tactics. The majority of Muslims in Indonesia also follow the Sunni tradition of Islam.

IS militants have taken over large portions of Iraq and neighboring Syria, proclaimed a caliphate on the territories under their control and forced thousands of people, mostly religious minorities, to flee their homes.

US Should Give Iraqi Kurds Weapons to Fight Islamic State: Senator