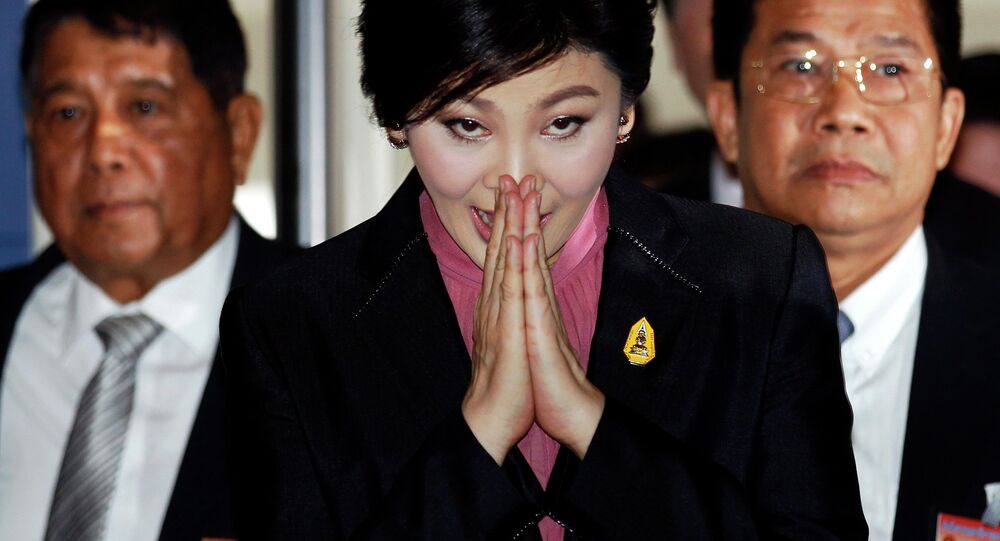 Thailand's ex-prime minister Yingluck Shinawatra has arrived at the National Assembly in Bangkok to defend herself against possible impeachment.

Yingluck Shinawatra has already arrived at the National Assembly in Bangkok to defend herself. She has rejected the impeachment hearing allegations, Reuters reported on Friday.

In her opening statement to the military-appointed National Legislative Assembly, Yingluck said the proceedings were futile as she no longer held any political post.

"I was removed from my position as prime minister. I have no position left to be removed from," the agency quotes her as telling the assembly.

The accusations relate to her alleged role in a controversial rice subsidy scheme which critics claim cost billions of dollars.

If found guilty, she could be banned from engaging in any political activity for five years. The charges have been written off by Yingluck’s supporters as being politically motivated.

Yingluck, Thailand's first female prime minister, was removed from office for abuse of power in May and days later her government was ousted in a military coup that ended months of street protests against her by her rivals.

A day after she was ordered to step down in May, the National Anti-Corruption Commission indicted her for dereliction of duty for her participation in the rice scheme.

The National Legislative Assembly is set to deliver its decision by the end of the month.