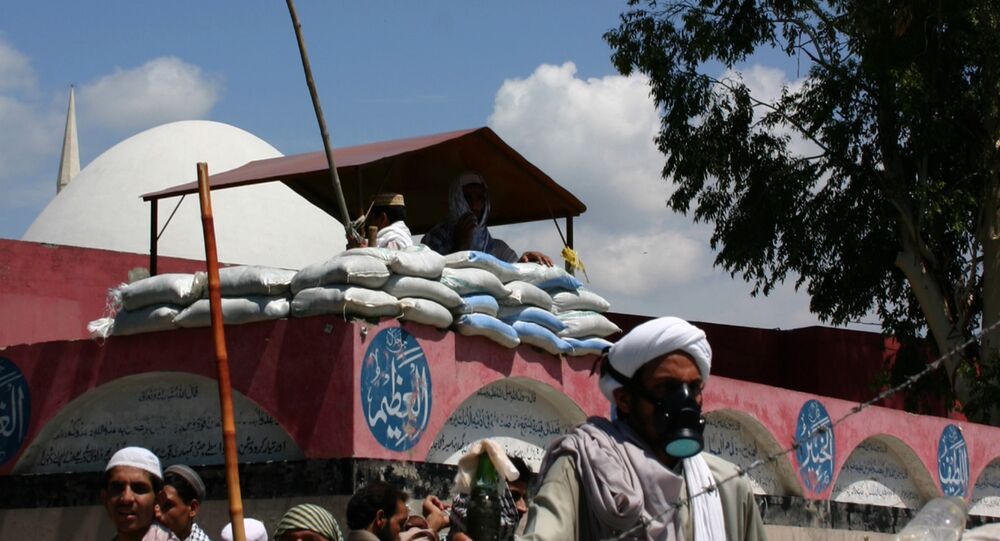 © Flickr / isafmedia
Afghanistan Intelligence Agency Arrests Two Suspected Taliban Groups
WASHINGTON, January 8 (Sputnik) – Taliban Leader Mullah Omar has not been removed from the US State Department's Rewards for Justice (RFJ) program, though US forces are no longer actively pursuing members of the movement in Afghanistan, a government official told Sputnik.

"At this time no authoritative US agency has informed the RFJ program that Mullah Omar [spiritual leader and commander of the Taliban] no longer poses a threat to US persons, property or interests. So, he is still up there on the list. Nothing has changed. There is still a RFJ reward offer for Mullah Omar of up to $10 million," a State Department source told Sputnik on Wednesday.

Omar will remain on the RFJ list, the official added, despite the fact that the United States military will not be actively targeting members of the Taliban as part of the new US mission in Afghanistan, Resolute Support, which began on January 2.

The source referred to a December 16 comment made by spokesperson for the Department of Defense John Kirby, who said that, the US military would not "prosecute operations" against individuals simply for being members of the Taliban. A member of the Taliban who "undertakes missions" against the United States or its Afghan partners, "renders himself vulnerable and liable to US action," Kirby said.

Mullah Omar was originally placed on the State Department rewards list for sheltering "Osama bin-Laden and his al-Qaeda network in the years prior to the September 11 attacks," according to the RFJ website.

However, Omar is not on the FBI Most Wanted terrorist list, the State Department source noted, because he has never been federally indicted. The source speculated that, perhaps, Omar avoided indictment because he was not directly involved in planning and carrying out the terrorist attack against the United States, but said this explanation should be confirmed with the Justice Department.

The Rewards for Justice program, which is administered by the State Department's Bureau of Diplomatic Security, rewards individuals for information that leads to the arrest of anyone involved in terrorist practices against the United States. Since 1984, the United States has paid more than $125 million to over 80 people for providing actionable information.