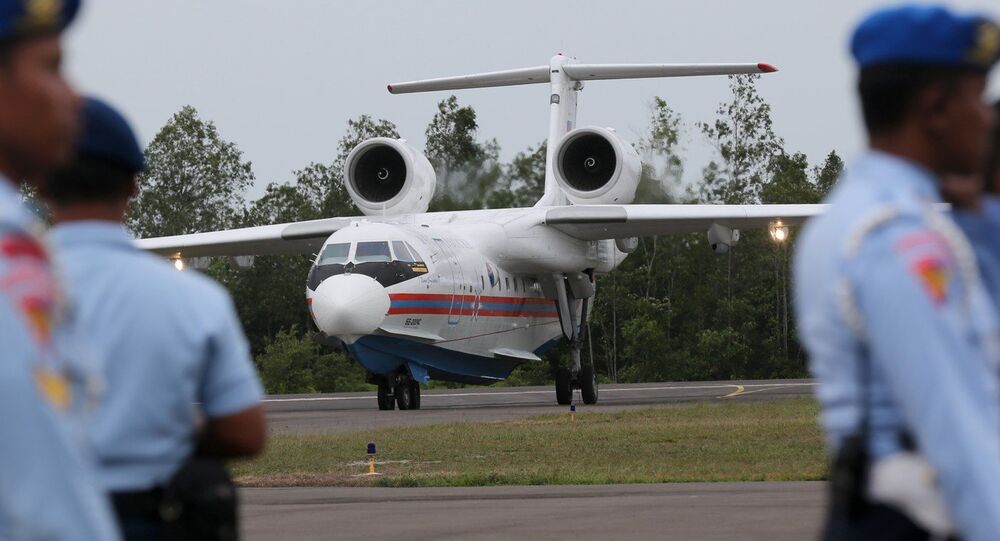 Russian search and rescue helicopters are approaching the location where 30 objects and a body in a life jacket have been found by the Russian Be-200 amphibious aircraft.

"During the day, Be-200 has conducted aerial reconnaissance in the area of search work. The aircraft has made two sorties, each has lasted two hours. Thirty objects have been found, their coordinates sent to the coordination headquarters of emergency situation consequence liquidation. One of the objects has been practically identified as a body in a life jacket," Chizhikov said.

© East News / AP
Russian Divers Begin Search for Black Boxes From AirAsia QZ8501
Russian search and rescue helicopters are approaching the location where the objects have been found, Chizhikov added.

More than 70 Russian rescuers are currently in Indonesia to assist in the search for AirAsia's Airbus A320-200, which crashed into the Java Sea on December 28. Two Russian planes, an Il-76 cargo plane and a Be-200 amphibious aircraft, are being used in the search operation.

AirAsia's Flight QZ8501 was carrying 155 passengers, mostly Indonesians, and seven crew members. The missing plane did not transmit distress signals prior to its disappearance from radar screens.

Every AirAsia Victim to Be Identified, Handed Over to Families:Police Chief