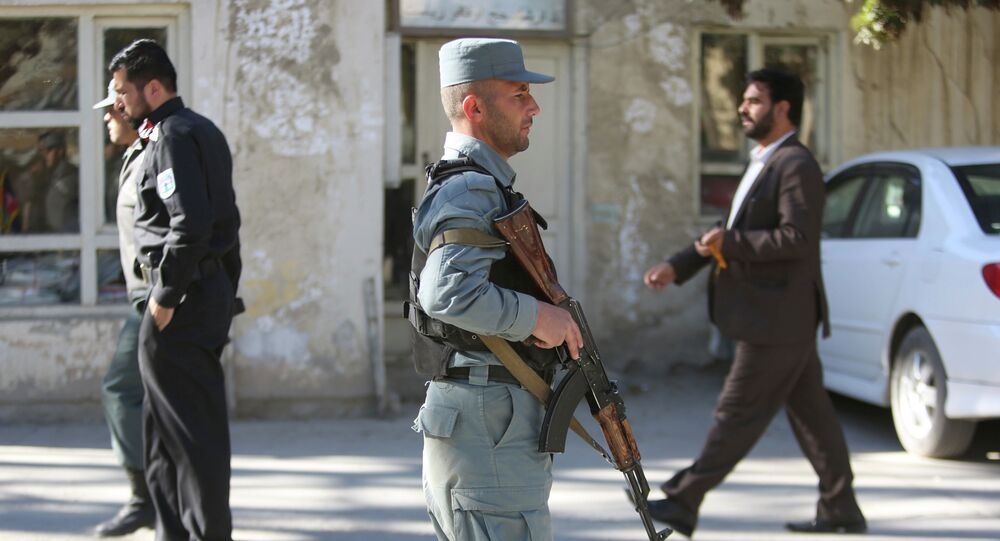 European Union Police Mission's vehicle was hit by a suicide bomb attack in Kabul. A spokesperson for the Taliban has claimed the responsibility for the incident.

The attack took place in the Qabilby locality within the city as the European Union Police Mission (EUPOL) to Afghanistan vehicle was under way. A spokesperson for the Taliban has claimed the responsibility for the incident, according to the channel.

"We can confirm that at 13:24 today [08:54 GMT] a EUPOL vehicle was involved in a vehicle borne suicide attack whilst it was traveling east on the Jalalabad Road in Kabul. The vehicle's occupants were uninjured," the EUPOL website stated.

According to the statement, the head of the mission is currently investigating the issue in collaboration with the Afghan National Police.

© REUTERS / Mohammad Ismail
Afghan President Says US Should Reexamine Troop Withdrawal Deadline
The EUPOL mission in Afghanistan was established in 2007 to assist the Afghan Government in building a civilian police service.

Terrorism has long been one of the most significant problems for Afghanistan, a country suffering from a long history of violence both by foreign invaders and by extremist groups such as the Taliban. The incidence of attacks increased as US-led NATO forces prepared to leave the war-torn country in December 2014.

In December, suicide bomber struck at the performance of a play at a French school in Kabul. On the outskirts of Kabul earlier the same month, a suicide bomber detonated next to a bus carrying Afghan National Army soldiers, killing at least five and injuring 12 people.

The incidents come as NATO officially ended its 13-year International Security Assistance Force (ISAF) mission in Afghanistan on December 28, 2014. With the end of the ISAF mission, the security of the country is now in the hands of Afghan soldiers and police, according to NATO's Secretary General Jens Stoltenberg.