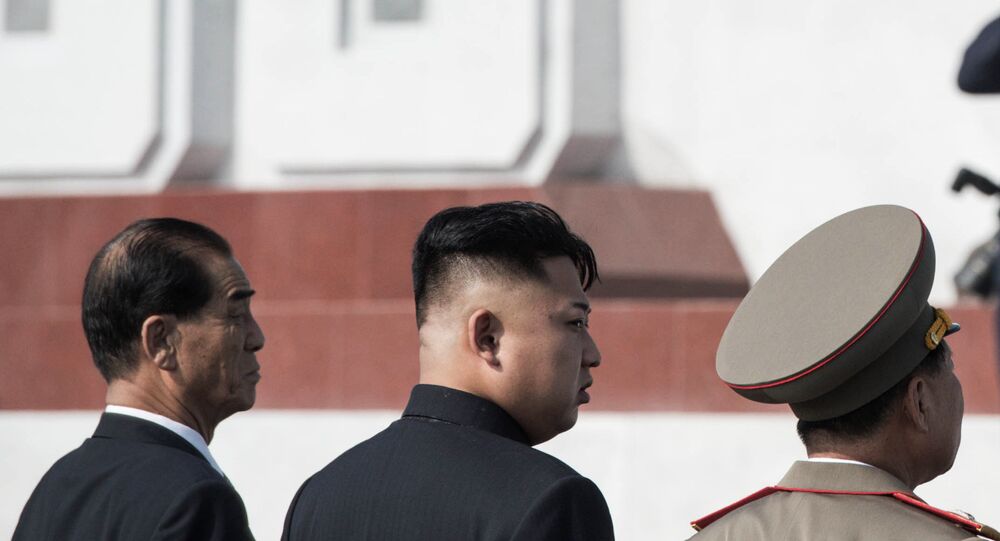 © REUTERS / Mario Anzuoni
US Imposes Sanctions on North Korea Over Sony Hack: White House
MOSCOW, January 4 (Sputnik) — Washington's new sanctions against Pyongyang over its alleged involvement in the Sony cyberattack are a "hostile" act aimed at damaging the image of North Korea, a spokesman for the North Korean Foreign Ministry said Sunday.

"The U.S. anti-DPRK hostile act that kicked off from the outset of the year is aimed to save its face and tarnish the image of the DPRK in the international arena at any cost," the spokesman said in a statement published by the state-owned Korean Central News Agency.

On Friday, the White House announced that the United States would impose additional sanctions on North Korea in response to the November cyberattack against Sony Pictures Entertainment.

The FBI placed the blame for the attack on Pyongyang, stating that it bore similarities to earlier attacks carried out by North Korean hackers. The claims were denied by North Korea.

© AP Photo / Elise Amendola
Jimmy Carter Calls on US Not to Sanction N Korea Over Alleged Sony Hack
According to the North Korean Foreign Ministry, the United States has been "persistently turning down the DPRK's just proposal for joint investigation to probe the truth about the cyberattack", which "brings to light its ulterior motive prompted by its guilty conscience."

The new round of sanctions shows that the United States is "still not away from inveterate repugnancy and hostility", the spokesman stated, stressing that previous sanctions have failed to weaken North Korea and proved to be counter-productive.

Sony Pictures Entertainment, a US subsidiary of Japanese conglomerate Sony, found itself in the midst of a hacking scandal in late November as internal company information was leaked. The cyberattack came some two weeks ahead of the planned premiere of The Interview, a film about a fictional assassination plot against North Korean leader Kim Jong Un.