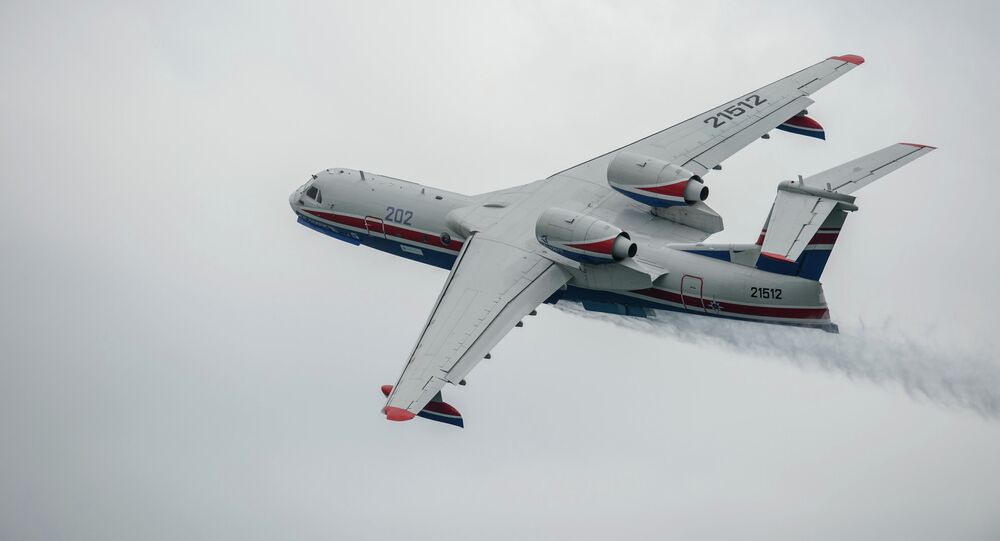 More than 70 rescuers from Russia have arrived to Indonesia for assistance in the search of AirAsia flight QZ8501 crashed in the Java Sea.

"Two aircraft of the Emergencies Ministry, IL-76 and Be-200, landed at the airport of Jakarta," Alexander Drobyshevsky said, adding that there were more than 70 rescuers on board.

On Thursday, the Russian Emergencies Ministry sent the two planes following a decision of the country's government and the request from Indonesia.

The rescuers team arrived with special gears, including the Folkon remote-controlled deepwater vehicle, an acoustic echo sounder, boats and engines for the equipment.

© Sputnik / Sergei Guneev
Putin Expresses Condolences to Indonesian President Over AirAsia Crash
AirAsia flight QZ8501 was heading to Singapore with 162 people on board when it lost contact with air traffic control on Sunday morning. On Tuesday, its debris and the bodies of people who had been aboard were spotted scattered in the Karimata Strait off the coast of Borneo.

Thirty ships and 21 aircraft from Indonesia, Australia, Malaysia, Singapore, South Korea and the United States have been participating in the search for Flight QZ8501.

AirAsia Indonesia operates domestic flights within the Indonesian archipelago and international flights to Malaysia, Singapore, Australia and Thailand. The company is an affiliate of the Malaysian company AirAsia.