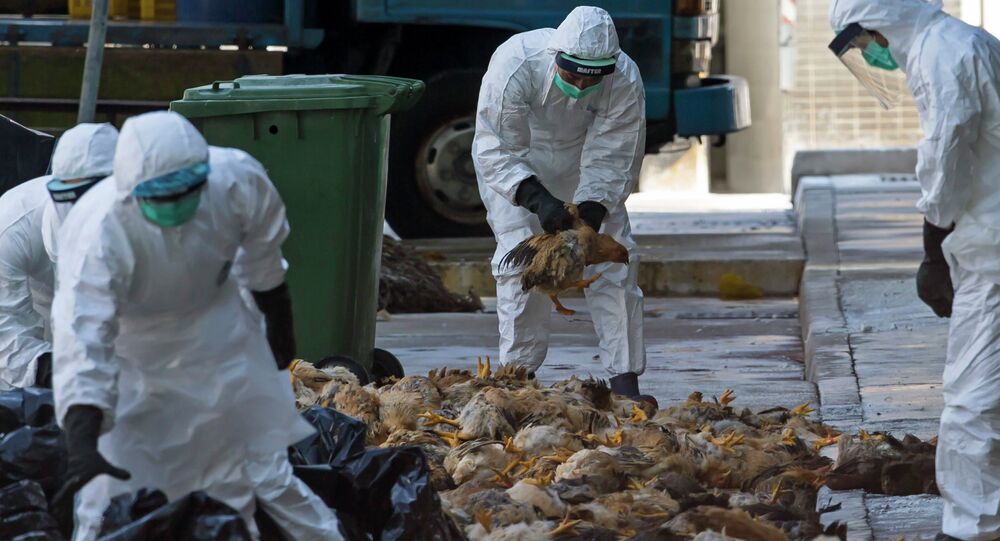 The broadcaster said the decision to cull the poultry was made after the disease was detected in a wholesale market in Hong Kong’s Cheung Sha Wan area by the Agriculture, Fisheries and Conservation Department. The market has been shut down and will remain closed for at least three weeks.

RTHK said the export of live poultry from China would also be stopped.

Local poultry inspection authorities have begun conducting investigations at all 29 poultry farms in Hong Kong, according to RTHK.

© AP Photo / Kumamoto Prefecture
Bird Flu Detected at Japanese Kyushu Island: Reports
Bird flu, also known as avian influenza, is a respiratory disease that can be transmitted to humans from bird species. The disease has been found in poultry in Europe, Japan and the United States.

In mid-December, the Animal and Plant Health Inspection Service of the US Department of Agriculture confirmed that avian influenza was found in wild birds in the state of Washington. The virus has not been detected anywhere else in the United States, the department said.

In Japan, the disease was found at a farm in the Miyazaki Prefecture, which is located on the island of Kyushu, southern Japan.

Avian influenza was also detected in two poultry farms in the Netherlands in November, resulting in a temporary ban on transporting poultry within the country's borders.