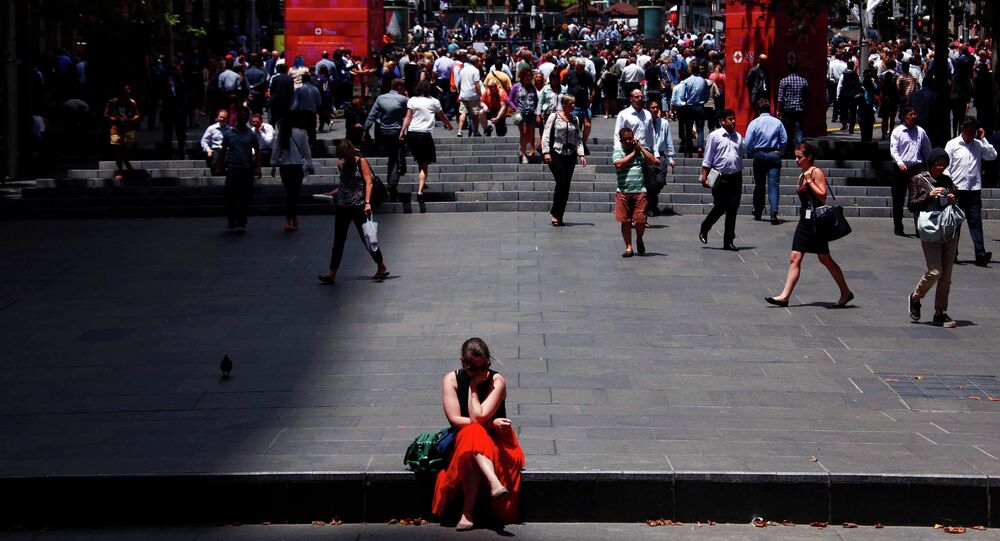 The Islamic State has praised the results of the Sydney hostage incident, saying that the siege has spread terror to the whole country.

© REUTERS / Jason Reed
Anti-Islam Protest Takes Place Near Sydney Hostage Site
MOSCOW, December 30 (Sputnik) — The Islamic State (IS) has praised the results of the Sydney siege, saying that the perpetrator of the assault brought terror to the whole of Australia.

"This month, an attack was carried out in Sydney by Man Haron Monis, a Muslim who resolved to join the mujahidin of the Islamic State in their war against the crusader coalition. He [Haron Monis] prompted mass panic, brought terror to the entire nation," an article in the sixth edition of the militants' magazine Dabiq said.

On December 15-16, gunman Monis, who claimed to be an Iranian sheikh, took hostage the staff and 30 customers of a cafe at the Martin Place mall in central Sydney. Monis and two customers of the cafe later died following a police raid. Four other people, including a police officer, were injured.

The latest edition of the jihadists' magazine also claims that Monis "added his name to the list of Muslims who answered the Khilafah's call to strike those waging war against the Islamic State."

IS, a jihadist group, has been fighting the Syrian government since 2012. In June 2014, the group extended its attacks to northern parts of Iraq, declaring a caliphate on the territories under its control.

In a bid to crack down on the militants, the United States set up an international coalition, with some 60 nations directly or indirectly participating in airstrikes against IS in both Iraq and Syria.