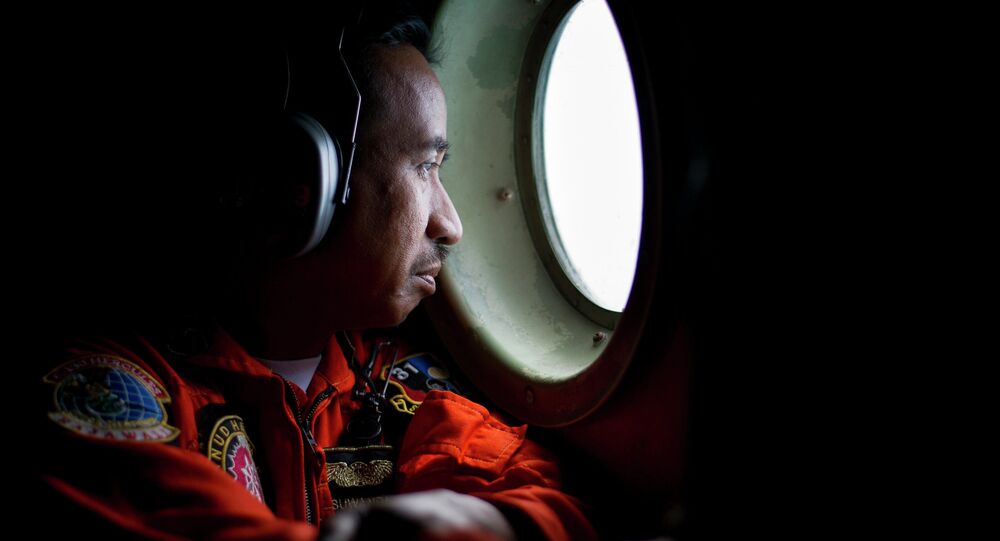 Indonesian Transportation Ministry official has confirmed the aircraft searching for the missing jet have sighted red and white colored debris off Kalimantan coast, according to Reuters.

The resque operation for the lost passenger jet has been expanded off the coast of Indonesia today.

Indonesian TV has released footage of objects in the water, stating they might be parts of the missing aicraft.

At least ten large objects have been found in the Java Sea, the Indonesian air force said in a statement.

"Let's pray that those objects are what we are really trying to find," a spokesman added.

«The debris is red and white," Djoko Murjatmodjo, acting director general of air transportation at the transportation ministry, told reporters. «We are checking if it’s debris from the aircraft. It’s probably from the body of the aircraft." Based on the size and colouring of the debris, it was likely to be part of the missing jet, Murjatmodjo added.

At least 10 pieces of debris, many smaller ones, found in area where #QZ8501 was last detected. pic.twitter.com/Pq5UI8sulh — JL News Alert (@JLNewsAlert) 30 декабря 2014

It has been three days since the aircraft, with 162 passengers on board, had lost the contact with air traffic control over the Java Sea.