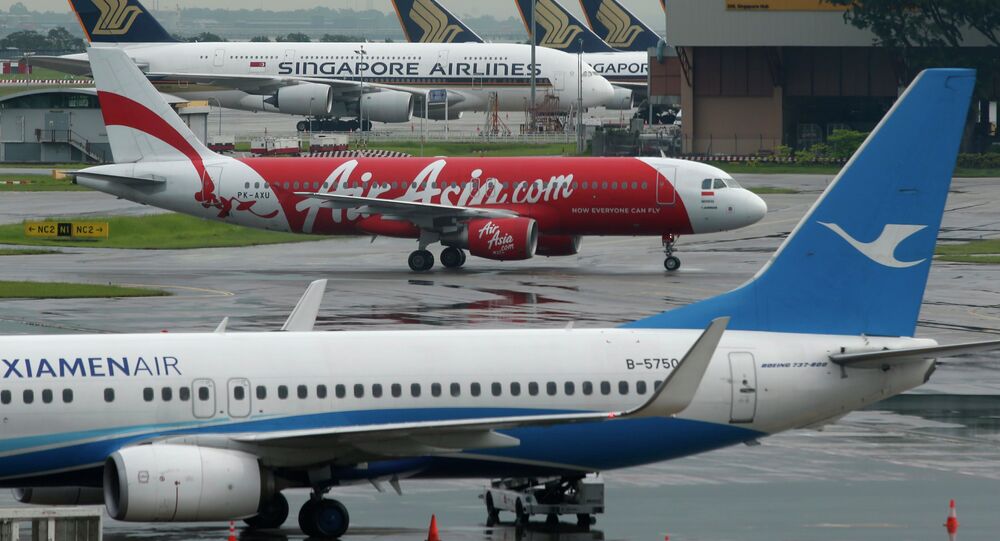 The tragic incident involving the missing AirAsia Flight 8501 has triggered a heated debate regarding international travel safety and pilot training. The overall number of those killed in aircraft crashes in 2014 has reached 1,212 people.

On Sunday, Anna Kooiman, a Fox News host, suggested that the plane could have gone missing due to the fact that international pilots were trained in a "different way." The host also pointed out that the metric system used by pilots outside of the US could also be a factor.

"Even when we think about temperature, it's Fahrenheit or Celsius. It's kilometers or miles. You know, everything about their training could be similar, but different," she asked former FAA spokesperson Scott Brenner as quoted by the Raw Story news publication.

The expert confirmed that pilot training plays a crucial role, adding that the human factor could obviously lead to a tragedy. "A lot of crashes are due to pilot error," he underscored. According to Scott Brenner, the key difference between US and international pilots is their reliance on autopilot. Foreign crews use the automatic pilot "very often", they "are required to hit that autopilot almost until the wheels come back down again," the expert said.

Meanwhile, the Associated Press reports that the plane's ability to maneuver was tremendously limited because the airspace was "crowded" with six other commercial flights. The AirAsia QZ8501 was therefore unable to change altitude in order to evade "threatening clouds."

How #thunderstorms may have impacted #AirAsia8501 & how weather is impacting recovery: http://t.co/jSxmuNRakD pic.twitter.com/2exAd47joz

"The plane sought permission to climb above threatening clouds. Air traffic control couldn’t say yes immediately – there was no room. Six other commercial airliners were crowding the surrounding airspace, forcing AirAsia Flight 8501 to remain at a lower altitude," the media source elaborates, adding that shortly after that the plane disappeared from the radar.

The Daily Mail points out that together with the latest tragedy, the death toll of those killed in airplane crashes in 2014 has reached 1,212. The past 12 months have become "the worst for aviation fatalities," the media outlet stresses.